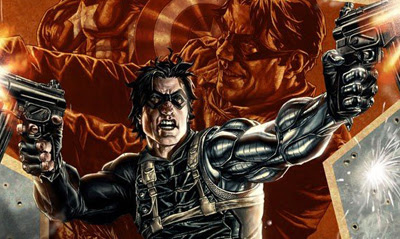 Who would've ever thought I'd be hanging out to read a Bucky comic? Marvel that's who. Finally after all too long a wait, the Winter Soldier series is less than a mere month away.

I have to hand it to Marvel. Had I been in charge I would've whipped the brought-back-Buck into his own series soon after he reappeared in writer Ed Brubaker's Captain America, and patted myself on the back all the way to the bank for re-establishing the richest and coolest character (with or without a cyborg arm) since Gambit.

Instead they held off, had him serve as Cap, die, come back to life and now head his own series, still with Brubaker behind the wheel, but with Butch Guice and Bettie Breitweiser on interiors, Lee Bermejo on covers, and judging from the amazingly unlettered preview below Black Widow on splits. See for yourself. 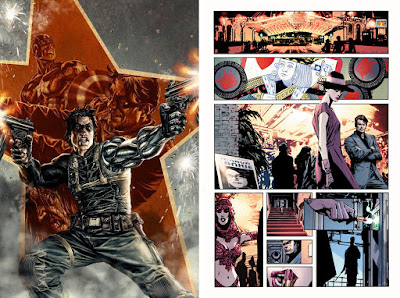 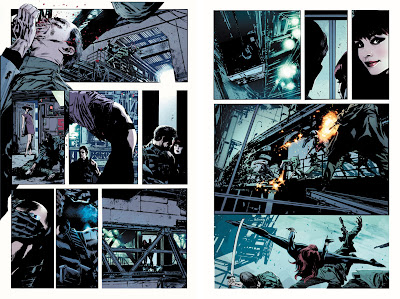