A handful of DC's 52 titles bid their fond farewell in the fourth month of 2012, but don't be April-fooled. May heralds new beginnings in equal numbers, and April finally sees a series based on the continuity of the hit video games Batman: Arkham Asylum/City spring forth! Of all the covers lining up to steal your money, these four look the sharpest. 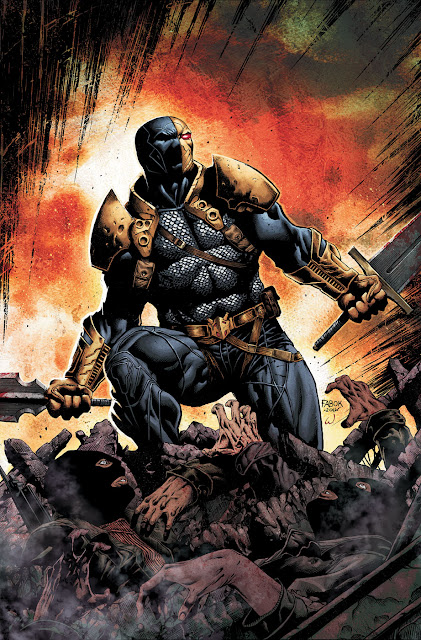 COVER OF THE MONTH: JASON FABOK - DEATHSTROKE #8 Forget handing this book over to Rob Liefeld in a few months, give the 'Stroke to this guy! He's the next David Finch, and no one was born to draw the Teen Titan nemesis more than Finch (or the challenger to his throne)!

DC says: As Slade Wilson recovers from the events of last issue, his past and future converge in the form of a bounce-back mission that reminds him why he started down the path as a mercenary to begin with. While Slade weighs whether or not to soldier on, the story of his childhood, military enrollment and first mission as Deathstroke is explored! Write: Kyle Higgins. Draw: Joe Bennett and Art Thibert.
CLOSE CONTENDERS: (Click to enlarge) 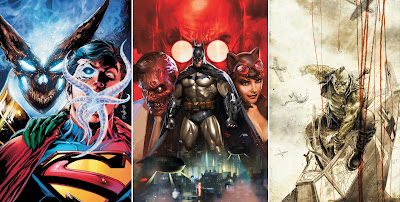