Well, April at the House of Ideas is where the snikt really hits the fan, as Avengers vs X-Men (the series and event) finally lands. Bigger than any A vs X throwdown before it, of all the titles in Marvel's April 2012 solicitations, these five have the best covers standing in the dropzone. 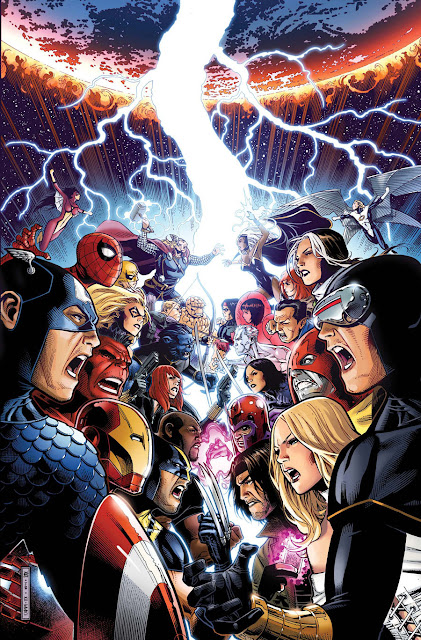 COVER OF THE MONTH:  JIM CHEUNG AVENGERS VS X-MEN #1 (Of 12) Also known as 'Spot the crayola the colourist didn't use', this cover gives a nod to the classic Perez Avengers vs JLA poster, while still amping you up for the main event as only Jim can. Speaking of whom, the man's next book should be Gambit. The ol' ragin' Cajan hasn't looked this good in ages - and it's just his head!
Marvel says:
• It’s No Longer Coming—It’s Here!
• Does The Return Of The Phoenix To Earth Signal The Rebirth Of The Mutant Species? That’s What The X-Men Believe!
• Unfortunately, The Avengers Are Convinced That Its Coming Will Mean The End Of All Life On Earth!
• The Stage Is Set For The Ultimate Marvel Showdown In This Oversized First Issue!
Brian Michael Bendis (W) • John Romita Jr. (A) 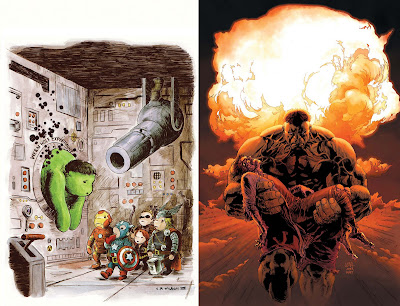 Incredible Hulk #7 - Lenil Yu Banner may have fallen far down the mad scientist tree, but it still looks great! 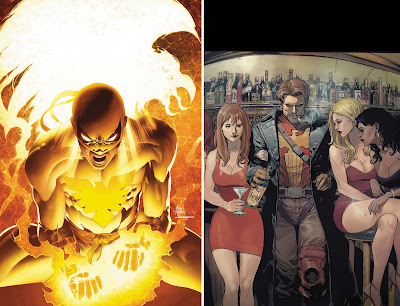 New Avengers #25 - Mike Deodato Iron Fist a member of the Phoenix?
Supercrooks #2 - Lenil Yu Here Yu proves for rouge Johnny Bolt, being bad isn't a gig, it's a lifestyle.
What do you think?
For more Marvel April 2012 solicitations and info, click the jump.
Posted by IADW at 12:55 pm