FANTASTIC FOUREVER! The Thing Montage No Wall Should Be Without

One set of folks I have a lot of respect for are all those geniuses who flip through individual movie frames, then assemble a handful side-by-side so when viewed at from a distance, they collectively take the face of Yoda or some such pop icon. I had a hard enough time with the IADW masthead and that's just twelve panels!

Luckily, the team at Final Score Products are no such slackers. In fact they've assembled montages of the stars of Looney Tunes, comics and Final Fantasy, as much as they have the icons of sports, music and movies. Putting the cherry on the top? One of the best is of the best, The Fantastic Four's Ben Grimm, The Thing. 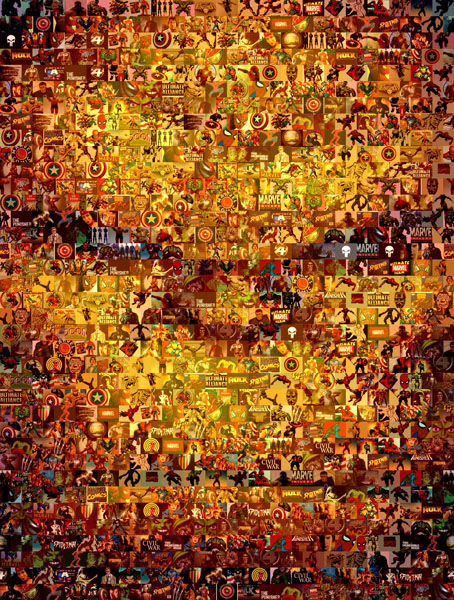 Drop a visit to Final Score Products and see the rest of their range, right after the jump.
Posted by IADW at 1:42 am