IMAGE MATTERS: Quitely And Millar Give Birth To Jupiter's Children This September 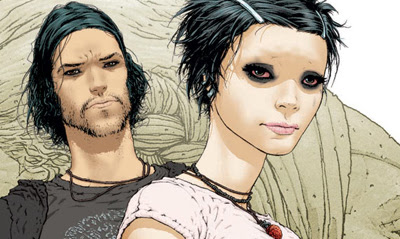 Not even into February and Image Comics already has one hand on the 'Publisher of the year' crown, thanks to the likes of Saga and Fatale.

Now Mark (Kick Ass) Millar's next series announcement Jupiter's Children (made exclusively on CBR) is set to join them. While another action-packed Millar book is never a bad thing, my money magnet for this 10 issue maxi series is the unmistakable art of Frank Quitely.

Reuniting the famed Authority duo, Jupiter's Children will tell the story of enhanced teenagers unable to inheirt the the iconic status of their heroic parents, and the sense of failure felt on both sides. While you can read Mark break it down in full on CBR here, here is one point he makes I really thought hit the mark;

From Millar on CBR "I always thought it was quite interesting that mega-events with hundreds and thousands of characters like 'Crisis' or 'Civil War' are things that are always company owned projects. There's no reason why they should be."

By Jove, I like the cut of that man's jib. Jupiter's Children births this September from Image Comics.
Posted by IADW at 1:16 am