LIKE A VERSION: Clinton Felker Re-imagines Star Wars' Boba Fett As A Samurai 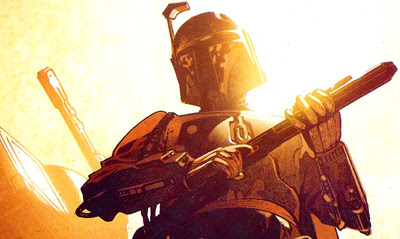 That Madonna is a cunning wee lass. Changes her appearance like a minx and in similar style Like A Version takes a gander at other pop artists, re-imagining major pop icons in equally grandiose ways. This time round, it's the turn of Clinton Felker to recreate what Star Wars' Boba Fett would look like, if based in feudal Japan. Behold! 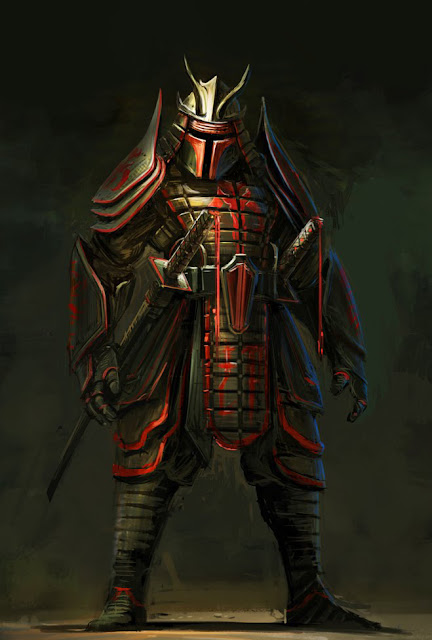 Check out those amazing character model illustrations! One in a series of Clinton's Star Wars Feudal redesigns, his work not only rocks the Casbah, it leaves your imagination dripping with ideas on how cool Samurai Star Wars would be.
Hey, remember those awesome 5 Ronin samurai alternate reality tales Marvel did with Psylocke, Hulk, Punisher and more... what happened with that? I mean surely we could get a little more samurai action happening in comics right now - maybe with a little Shang-Chi and Iron Fist thrown in for more martial-art madness!
To see Clinton's other redesigns (including Darth Vader, Yoda and the obligatory Stormtrooper), click the jump.
Posted by IADW at 1:08 am