MAKING A MARK: Alexandre Salles - The Brazilian Setting Fire To The Human Torch

Twice a week, Making A Mark gives an insanely talented artist some IADW brag-space. Today goes to Alexandre Salles, a Brazilian illustrator from Sao Paulo who showcases just how hi-res and realistic fictional characters can be (click to enlarge time)! 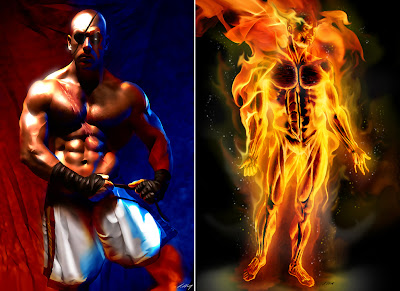 I don't know about you, but when playing the original Street Fighter II I always found Sagat harder to beat then the final leader, M.Bison! Here with black bandages he stands ready to bring the pain.
While The Human Torch nears the borders of gruesome, I like it as a thought-provoking different concept of what the Fantastic Four's high-flying powerhouse would look like! 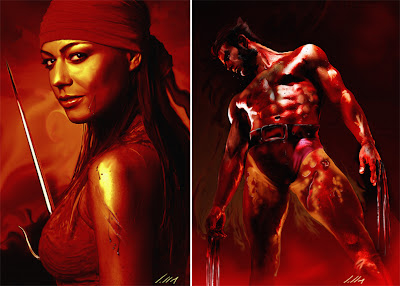 Elektra - where would Marvel be without you? This shot of the sai wielding seductress is so realistic, it could almost pass for a photo. Not to be outdone, Wolverine looks like he's just survived the bloodiest battle of his life, in a piece Alexandre appropriately title Blood Lust. 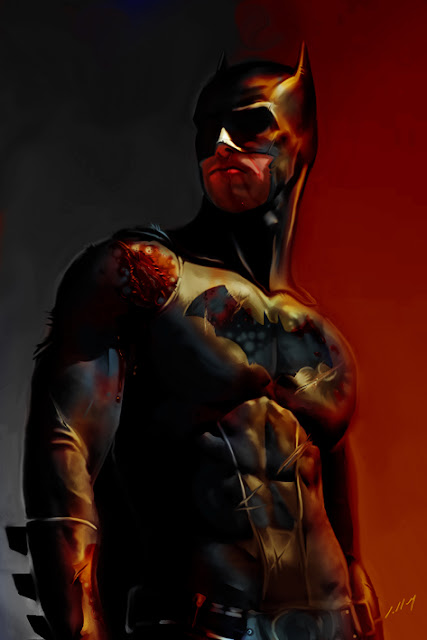 Now that's Batman! I'm thinking I like the Dark Knight hen you can't see his eyes. Sure it's a bit of a Daredevil look, but it adds to that heavy atmosphere his personality is saturated with.
What do you think?  Sound off below, or to feast your eyes on Alexandre's full portfolio click this realistically painted jump.
Posted by IADW at 5:35 pm