For a compnay that once left the 'DC Bullet' logo in place for nigh on three decades, DC Entertainment/DC Comics sure don't seem to have plans to keep its successor, 'The Swoosh' around as long. The one constant when they rebooted their entire universe with the DC52 is now apparently getting it's own retweak, in a new 'less is more' kind of way. 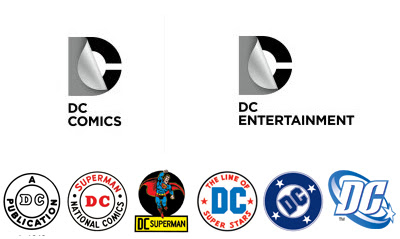 With the patent application covering everything from comics to handkerchiefs (no, I'm serious it does) the Time/Warner folks aren't leaving a single stone unregistered. What's more, with logo and brand design the day-job that puts food on my table, I can honestly say I like it - and I'm not a fan of gradients built into logos.

While any logo is only as good as the brand guidelines and style guide that goes with it, the new presumably page-turning based logo is clever, clean, open for animation and modern.

For those fearing grey is the new brand colour, not necessarily. Logo's registered in grey are often done so, so that any colour can be applied, rather than just a set palette. This means we could have more colour variations then the rings of Hal Jordan's jewellery box, but it's a safe bet DC will stick with a shade of their traditional house blue. 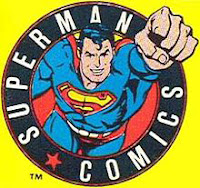 The Swoosh isn't the shortest lived logo in DC's history. This 1987 test logo only made it to variant covers of Justice League #3 and The Fury of Firestorm #61. While stepping back from being called 'DC' is a car in neutral parked on a hill, I like where they were going with this - reaching out to the rare non-comic reading crowd with a seal of their biggest icon.