COVER SHOTS: The Best From DC Comics' May 2012 Solicitations

The second wave of the new DC 52 hits this May and the bat-books flap their collective wings against an Owl themed menace in their first post-reboot cross-over! Of all the covers marching out of DC Comics' May 2012 solicitations, these five are the most worthy of a salute;

COVER OF THE MONTH: SCALPED #59 JOCK 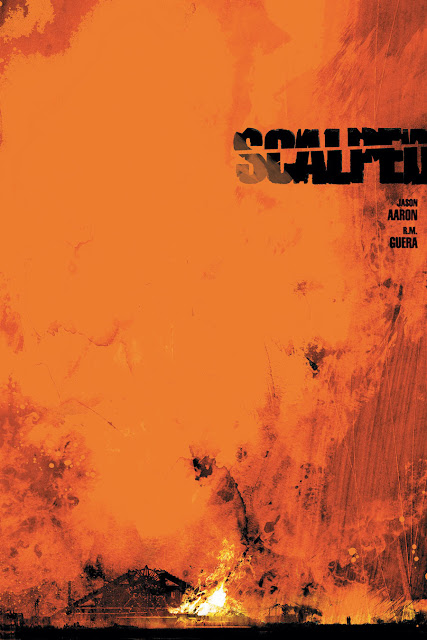 Writer Jason Aaron should never leave titles, we should just clone him so they can continue forever. Here Jock continues his stunning less is more style as one of Vertigo's current best nears it's fruitful end!

DC says: It’s the penultimate issue of the award-winning, critically acclaimed series and it all comes down to this: a Mexican stand-off like you’ve never seen before. W: Jason Aaron A: R.M. Guera
CLOSE CONTENDERS: (Click to enlarge) 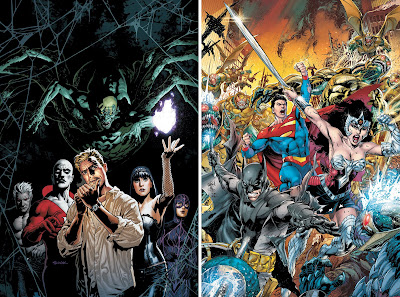 Justice League Dark #9 - Ryan Sook New writer Jeff Lemire wrote a killer Frankenstein Agent of S.H.A.D.E.. If this book is as good as that and Sook's covers, my wallet could well be jumping over with him.
Earth Two #1 Ivan Reis - Alan Scott and Jay Garrick are back, but who else of the Justice Society will join them? Based on that cover, this second earth could well be ruled by Darkseid. Sweet! 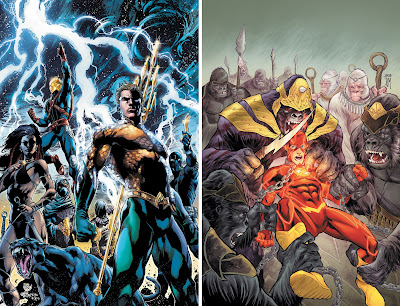 Aquaman #9 - Ivan Reis. Man that Reis boy is good! This time on Aquaman and a ancient Justice League of Atlantis?! Hey, anything with a panther has to be good! Except Skeletor... he's just evil.
The Flash #9 - Francis Manapul If anything can rival a panther it's a vengeful gorilla. If anyone can rival Reis, it's Manapul. See how that works out? It's perfect symmetry!

What do you think?  Sound off below. For more from other publishers in May 2012 click here, or to find out the rest of DC's line-up, follow the jump!
Posted by IADW at 11:48 pm