COVER SHOTS: The Best From Image Comics' May 2012 Solicitations

Image Comics continues to be the home of creativity in May 2012 - their solicitations for the month include six new free standing #1's - all waiting for you to devour. Add to that a Spawn Anniversary poster that has to be seen to be believed and forget it, it's a hot set. Of all the covers in their May offerings, these five are the top dogs. 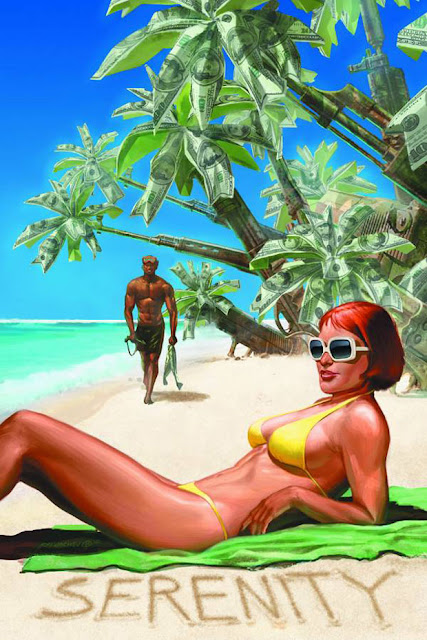 You know it actually took me a while to realise the trees were made of money and rifles! For twelve great issues, Blue Estate has been helping put the 'pulp' back into comics. This cover just nails that fact home.

Image says: "Serenity." It's all been leading to this: the stakes are high, the chips are down and the cards are on the table as Blue Estate's first season goes out with a bang! See who gets what they deserve, who deserves what they get and who winds up in body bags as the 100% cool Hollywood crime saga explodes in a gun-blazing, house-razing grand finale! W: Viktor Kalvachev and Andrew Osborne, A: Viktor Kalvachev and various.
CLOSE CONTENDERS: (Click to enlarge) 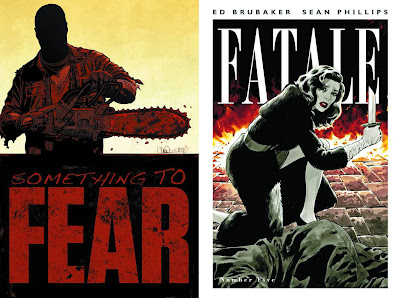 The Walking Dead #97 - Charlie Adlard and Cliff Rathburn Almost 100 issues in the can, and Rick and co get a new reason to fear -  a chainsaw! Nothing, nothing beats a chainsaw in a zombie story.
Fatale #5 - Sean Phillips Ladies just don't like running a knife through any garment - even an old jacket! 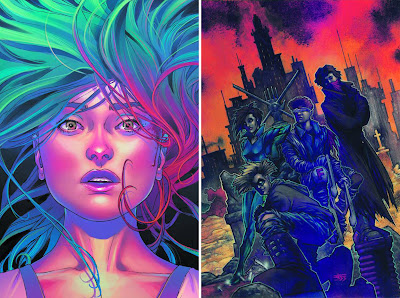 Mind The Gap #1 - Rodin Esquejo and Sonia Oback. I like to think that's what I'm like standing infront of the M&M counter (with a lot less hair and more manly bone structure of course)! Actually it's a story about a woman comatose after a subway assault, and how she helps to hunt her attacker. Whose story do you like best?
Foot Soldiers Vol 1 TPB - John K. Snyder III. Another cover that if worn will keep you safe while cycling at night. The interesting characters alone make me want to scope out the inner action!

What do you think?  Sound off below. For more from other publishers in May 2012 click here, or to find out the rest of Image's May line-up, follow the jump!
Posted by IADW at 12:00 pm