COVER SHOTS: The Best From Marvel Comics' May 2012 Solicitations

Nick Fury and Black Widow each get a new #1 in May?! That's it, come June there won't be an IADW because Marvel's sending me broke! With everyone from Avengers/X-Men to Spidey/Dr Octopus kung-fu fightin' in Marvel's May 2012 solicitations, these five covers from all those on the floor, are the ones most worthy of a dance;

COVER OF THE MONTH: MICHAEL KORMARCK - THE INCREDIBLE HULK #7.1 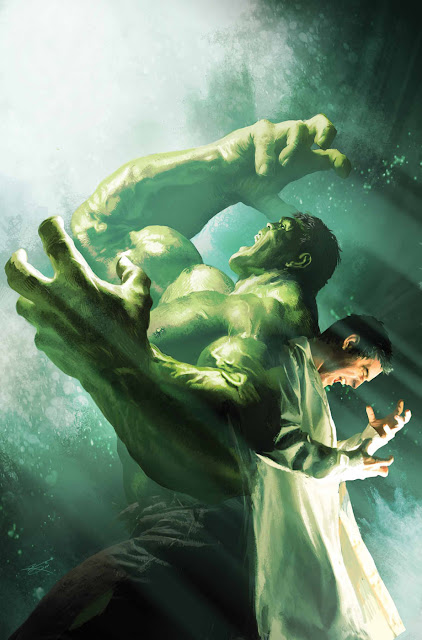 Nearly every artist on this green Earth takes a stab at rendering the Hulk/Bruce Banner transformation/relationship and still decades on it produces stunners like this. Always a sucker for a Hulk in the wild tale, this image shows the green goliath just might be what gives mother nature that name!

Marvel says: Whatever happened to Bruce Banner...? Red She-Hulk knows, and is none too pleased. W: Jason Aaron, A: Jefte Palo. 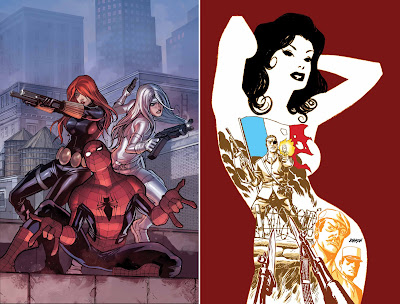 Amazing Spider-Man #685 - Stefano Caselli You know I don't think I've seen any of this trio drawn this good in a while. Forget they're fighting Doc Ock, just check out that Black Widow!
Fury MAX #2 - Dave Johnson Two issues in one month mean Marvel's ultimate espionage butt-kicker is finally back with a vengeance! 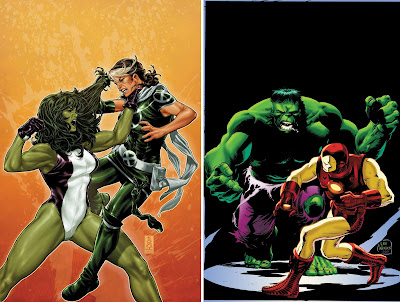 X-Men Legacy #266 - Mark Brooks She-Hulk is on the cover of two high-profile books in May, could Marvel be up to something? Simply indulging fans with Rouge vs Shulkie or something else? Only May holds your answers.
Hulk Smash Avengers #2 - Lee Weeks Like the above, Hulk vs Iron Man never gets old. Drawn by Mr Weeks, it's damn near timeless, in this a mini-series looking at Hulk's various run ins with The Avengers!

What do you think?  Sound off below. For more from other publishers in May 2012 click here, or to find out the rest of Marvel's May line-up, follow the jump!
Posted by IADW at 7:45 am