I once went to a garage sale and found a seven year old kid (or there abouts) selling heaps of 90's "hot" comics for an unknowning buck each, including Jim Lee's X-Men #1 with the need another hand to unfold it wraparound cover. He'd been given the bounty by his older brother, and I evilly brought the lot with without offering a penny more, and dove home with my ill-gotten stash. 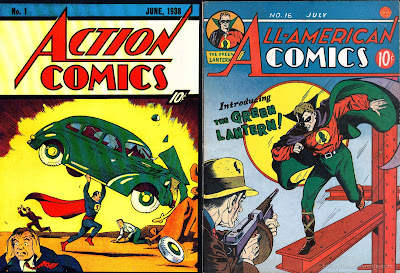 Now showing Karma is everything they say she is and that higher powers sometimes do have favourites, Michael Rorrer cleaned the house of his recently deceased aunt and found a 'lost' collection of 345 comics, 44 of which appear in The Overstreet Comic Book Price Guide's list of the Top 100 comics of the Golden Age. 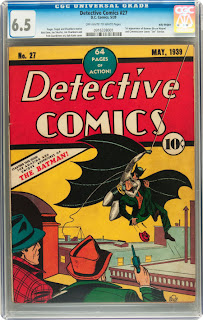 Before you brake open that piggy bank and head for the car, this Wednesday, 227 issues of the discovered comic book stash went under the auction hammer, fetching a colossal $3,466,264.

The remaining comics of Michael's late uncle, Billy Wright, are expected to net another $100,000 when they come up for grabs this weekend. Says Paul Litch, the primary grader at Certified Guaranty Company "You can see it was a real collection. Someone really cared about these and kept them in good shape."

Here's hoping their new homes are just as comforting. You can read all about the auction list and collection at Heritage Auctions, right here. Me? I'm going to ring around and see if anyone has an attic of boxes from the 40's that might need a dusting... you just never know.
Posted by IADW at 3:10 am