Twice a week, Making A Mark gives an insanely talented artist some IADW brag-space. Today goes to Mohammad Jilani, an American illustrator who is one thing when practising on familiar scenes from comic book movies, but a whole other level entirely when he cuts free and flies solo. Don't just take my word for it, click and enlarge to see; 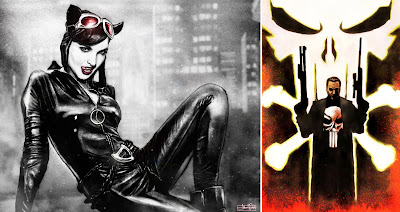 Catwoman - a comic staple for both artists and fans for almost as long as the medium has been around, this piece Meow, shows the kitty definitely still has her claws. To see behind the scenes on it's creation, click here. On the right, inspired by Tim Bradstreet's work on the character, I dig how Jilani merges The Punisher's weapons into part of Frank's infamous insignia! 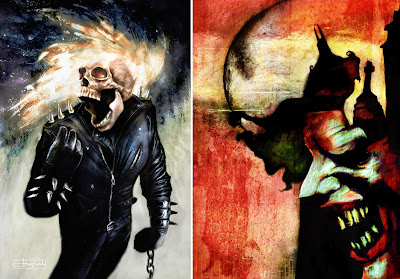 Everyone knows Ghost Rider is one of my personal fav's, so any fan-art of the flamin' skull can't be turned down - especially not when it's this hot! The pastel and spray paint artwork next-door, combining The Joker, Batman and the Gotham skyline cleverly against a blood red sky, is Mohammad's tribute to Dave McKean's art on DC's graphic novel Arkham Asylum. Now there's a Joker to keep you up at night! 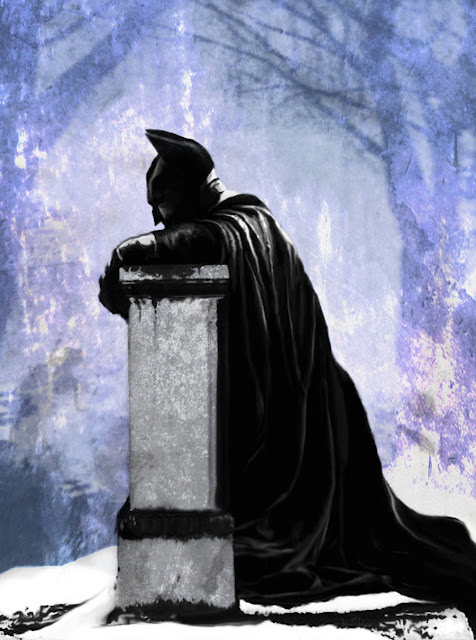 I know, powerful huh? Forget the jumping, kicking, grimacing Batman, if you can convey the soul of the character when you draw, you'll come out on tops every time.

What do you think?  Let me know in the comments section below, or to see more Making a Markists click here. If it's more of Jilani's own work you want to devour, you can do just that after the jump.
Posted by IADW at 12:00 pm