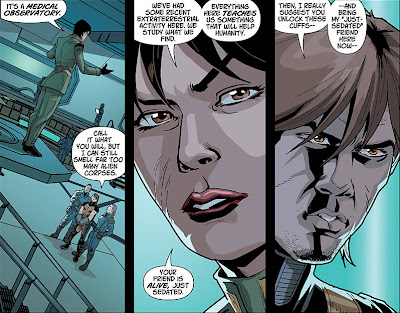 If there is one comic doing 'good comics done right' right now, it's DC's Legion Lost. Now the time displaced Legionaries find Timber Wolf captured by a "medical research" wing of the government.

Out this week, Legion Lost #6 amps up the drama, brought to you by writer Fabian Nicieza and artists Pete Woods and Matt Camp.

As the below enlarge-able preview shows, what the government suits don't realise is not only are Timber Wolf's fellow virus outbreak hunting buddies about to attempt a rescue, Wolf's picked up a new invisible friend to boot. Goes by the name of Martian Manhunter... 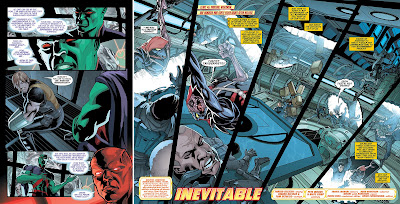 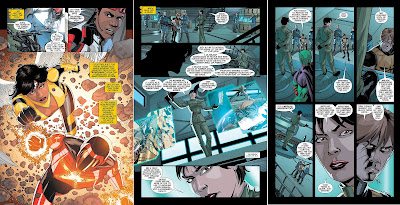