Archer & Armstrong Re-mix Bourbon With Bravery, Robocop Reboot Gets Release Date And More, When It Comes To THE CRUNCH 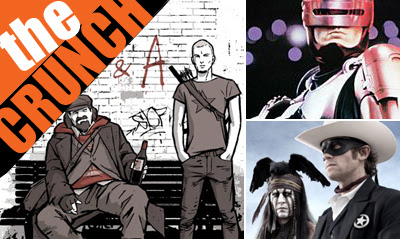 CRUNCH! The return of Archer & Armstrong this August rounds out the upcoming 'Valiant Summer' relaunches. With art by Clayton Henry, the title sees writer Fred Van Lente return to the buddy book genre he previously topped with Incredible Hercules. Here, Obadiah Archer, the world's greatest martial artist is sent to kill Armstrong, however fate twists and the teen teams up with the hard-drinking, 10,000-year-old immortal cynic to hunt a doomsday device across the globe.

CRUNCH! Director Jose Padilha's reboot of the 1987 genius that is RoboCop has finally been given a release date. Bookmark your calendars for August 9th 2013 and watch for the trailers inbetween!

CRUNCH! Johnny Depp takes the Tim Burton influence with him, crafting a new look for Tonto in the first official image for next year's May blockbuster, The Lone Ranger. The new face of the legendary name in Western justice, Armie Hammer looks brilliant in the title role; 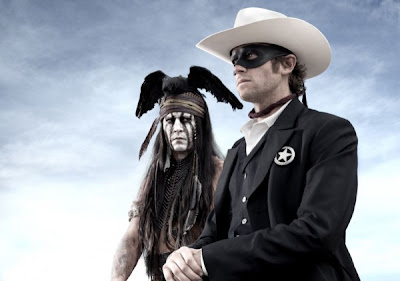 CRUNCH! Back on the Valiant express, USAToday has a lettered preview of the first issue of X-O Manowar! Cary Nord's Conan famous pencils are now matched with Robert Venditti's words, and all for you to enjoy after the jump.
Posted by IADW at 12:00 am