As the world turns to embrace graphic novels the RGB way, I can't help but feel I'm going to be one of the last fans left on the CMYK side of the fence. I just love my comics in print. However today the House of Ideas that calls itself Marvel, unveiled two new digital incentives, and and while one is pretty nifty, the other is just downright freakingly cool. 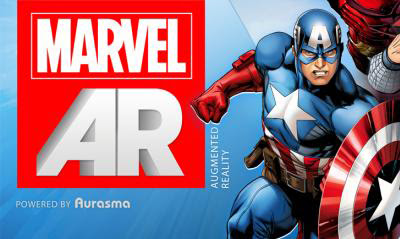 Firstly, Infinite Comics, a sub-brand for tie-in digital only one-shot comics to Marvel's biggest storylines, will launch with a Mark Waid written tale of Nova The Human Rocket. Purchasable through the Marvel store or free with a code obtained from purchasing the series it ties in to, aka the highly hailed Avengers vs X-Men #1.

A tempting way to get stuck in the muds like me to taste the digital possibilities (with the return of a great character to boot), I dig that these Infinite Comics reward buyers of the actual series the book relates too. That is a pretty sweet thing and a damn clever move.

The ultimate sugar-fix however comes from what follows; Augmented Reality. Powered by Aurasma, 'AR' will be a free to download App, which will unlock through your iOS or Android device, behind the scenes creative and editorial processes which went into creating the comic you now hold bearing it's logo.

That kind of stuff I eat up with a spoon! It's great understanding how a key scene evolved into something that much stronger, a hidden point of detail was buried in a panel or the colourist saved the day by using their crayolas to help showcase the Hulk's transformation for example, because the pencils and inks hadn't quite done it smoothly enough.

Plus if you are a fan of black and white comics like me, you'll probably get treated to seeing a lot more of your favourite artist's work like this; 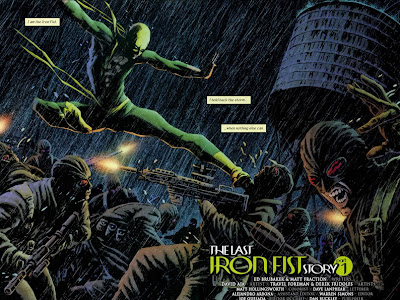 In it's primal and fierce stages, like this (David Aja is a genius!); 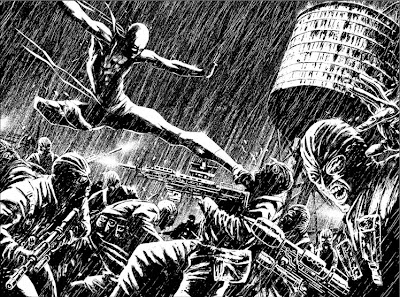 Now who doesn't want that? And imagine if this happened retrospectively on Marvel's best selling trade paperbacks! You could get the inside track on story-arcs such as Born Again, Age of Apocalypse, even Secret Wars! The Augmented Reality App will be available for download on April 2nd - watch out for it!

More details now, at Marvel.com.
Posted by IADW at 1:31 am