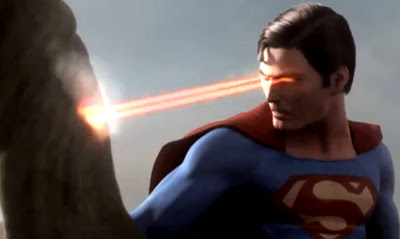 From the moment Bruce Banner first tested the stretchability of bright purple pants, The Hulk was a fan-fav opponent to tackle DC's Man of Steel. While Superman has met and fought the Hulk in places like DC vs Marvel, no confrontation has done the dream justice until now.

Michael Habjan has put his radioactive talents to the test, creating a serialised showdown between the kryptonite crusader and the gamma gladiator, showcasing how global icons collide. Here's the prelude;

Based in the Mojave Desert, the 3D models get more life-like as the brawl continues. As does the soundtrack (with the help of Francois Gratecap) - that Hulk voice and growl nails what a mountain of rage the character is. Check out episode one;

While more episodes are set to follow later in the year, any fan's mind will run wild guessing 'What's next?' A space battle perhaps? Or Hulk shrinking to Banner before the dust clears, then reverting back to surprise and demolish an unsuspecting Kal-El? Maybe Michael could even take a stab at other DC vs Marvel matches that didn't work out - I mean Storm beating Wonder Woman? What's with that?

Discovered by those crazy cats at Topless Robot, Habjan points out all the software he's used to create his tour de force on his YouTube video channel (jump). Meanwhile, let me know who you think should win? The Incredible Hulk or Superman??
Posted by IADW at 12:16 am