After a hectic night on the town, if you woke smack-bang inside the most isolated rain-forest on earth, chances are the tribespeople who found you would still recognise who the Superman Shield belonged to. Not that it'd help, but that's how iconic pop's biggest brand and super-hero is. Not just comics' biggest, but pop culture's. Now look at this; 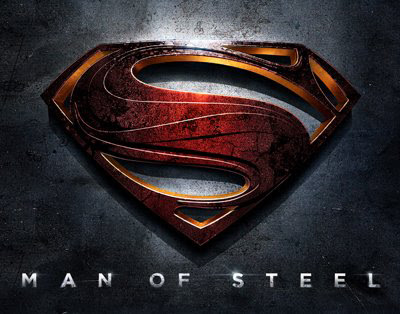 Sparking the promotional fireworks for next year's Man of Steel movie, that same shield has been retweaked and released as the opening salvo of the highly-anticipated blockbuster's new Facebook page.

Personally, I have rarely seen the 'S' look better. The gold highlights nod to the primary colours of the shield's owner, giving his positivity and hope against the darkness a visible presence. The 'S' itself is softer, sleeker and more fluid in it's design, almost like that of the Mortal Kombat dragon, aided by some engraved swoosh effects adding a dynamic sense of movement.

Topping it off, the words 'Man of Steel' carry an airbrush like spark to them - for me a nod to the decade where the finest Superman films were made, the 80's. 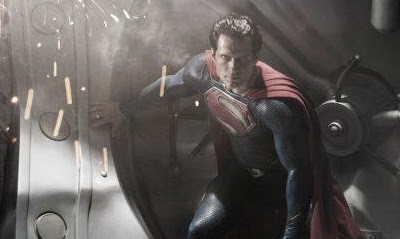