Normally, Dark Horse are the first publisher out of the gate with their monthly solicitations. While for June 2012 that honour went to DC Comics, the pure-bred publisher's line-up never falters at the hurdle, with more Buffy, Conan and Star Wars goodness then you can shake an Ewok at! Of all their June covers, these four take the lead; 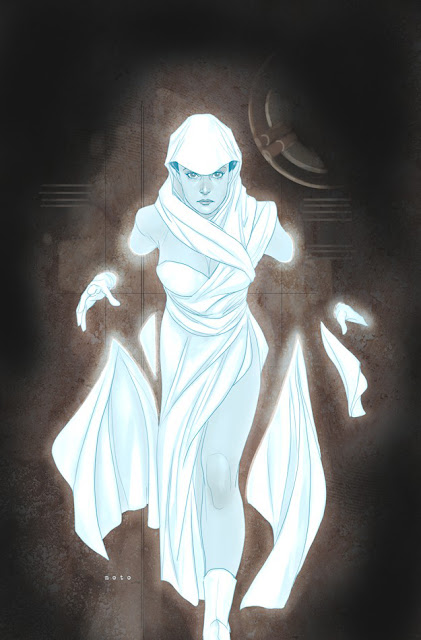 The first revival of Dark Horse's 90's super-hero line is here and not a moment to soon! As mentioned in my Least We Forget series of posts, Ghost is a character who still has heaps of potential to burn and even though Adam Hughes isn't still behind the pencil, with the legendary Phil Noto stepping in as he does here, I predict few complaining!
Dark Horse says: Dark Horse's woman in white returns with a whole new twist as Kelly Sue DeConnick and Phil Noto reboot Ghost—a new incarnation of Elisa Cameron revived in the pages of Dark Horse Presents! 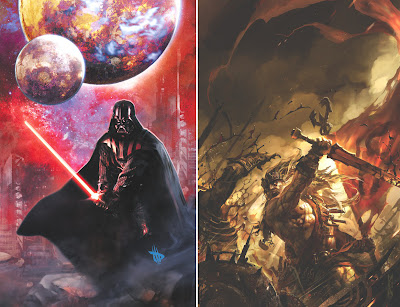 Star Wars: Darth Vader And The Ghost Prison #5 - Dave Wilkins An Imperial cadet fights at the side of the Dark Lord, which makes covers easy. Chuck Vader in a drawing even half as cool as this and it will still fly off the racks!
Robert E. Howard's Savage Sword #5 - Raymond Swanland Few suit this painted art style better than Conan and his world - still the first name in ass-kickery after all these years! 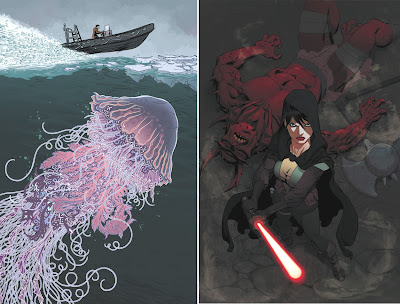 The Massive #1 - Rafael Grampá What does it mean to be an environmentalist in a ravaged world? As the crew of the Kapital hunt for the lost ship The Massive, you're about to find out. Pirates ahoy!
Star Wars: Knight Errant - Escape #1 (of 5) - Mike Hawthorne Lone Jedi Holt, undertakes a whole new mission and by the looks of this cover, she means business!

What do you think?  Sound off below. For more from other publishers in June 2012 click here, or to find out the rest of Dark Horse's June line-up, follow the jump!
Posted by IADW at 12:48 pm