Not only in June, do Image Comics continue to pump out brand new hits for you to devour and crave, but Liberty Meadows - an all too absent friend - returns for one month only, plus Spawn has a bit of a 20th birthday shindig. Of all Image Comics' June 2012 solicitations, these four covers take the birthday boy's cake. 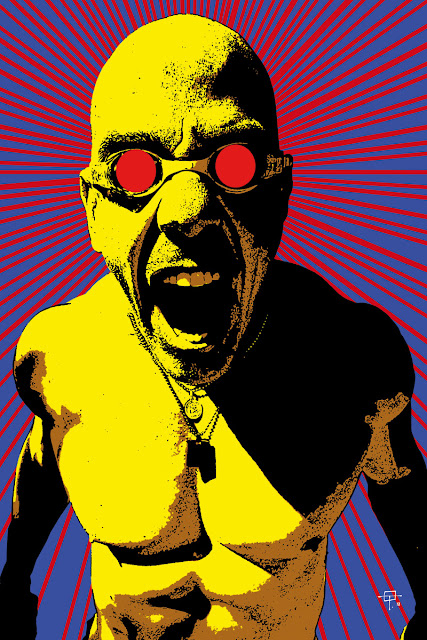 For a three issue mini series about powers evolved from genetically modified chicken, Mondo sure had awesome covers. This pop-art portrait of the series' rage-filled antagonist, see the collected edition and it's extras continue that tradition.
Image Comics say: What starts off a meek chicken stuffed with melancholia, turns decidedly steamed, broiling along until it mutates into a body of pure destructive anger.
This is MONDO, the jam-packed 'roid-raging trade, with over 100 pages that combines all three issues of the twisted dark comedy series, plus a plethora of unused art, doodles, and odious stuff that was too unfit to appear in the regular monthly run. Golden Age sized format. 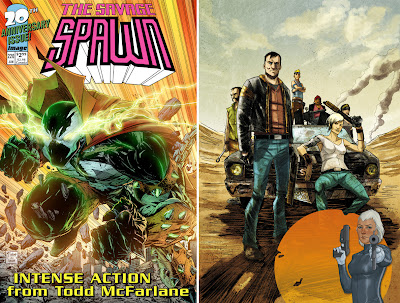 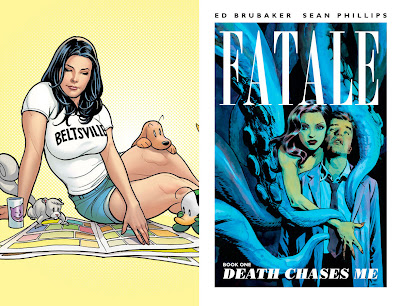 Liberty Meadows TPB - Frank Cho The first three years of the strip that launched a career are now collected and digitally remastered! If only there was still time for a crossover with Bone!
Fatale; Vol1 Death Chases Me TPB - Sean Phillips This series ranks in my top four comics every month, and that could easilly be based on Sean's covers alone. Just look at this one!
What do you think?  Sound off below. For more from other publishers in June 2012 click here, or to find out the rest of Image Comics' June line-up, follow the jump!
Posted by IADW at 12:00 pm