It's one of comics most enduring images; Superman - The Man of Steel, busting free from being wrapped in chains, ready to pick up the never-ending battle. However, chains are one thing, chewing gum left on the subway floor is a whole other kind of Kryptonite.

Never being one to shirk a public service announcement opportunity, Superman addressed just this issue in a series of campy Japanese subway posters of the 1970's, looking like this; 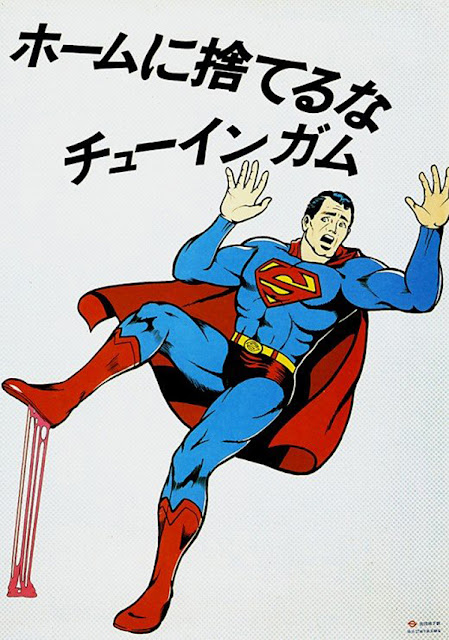 Titled 'Don’t throw chewing gum on the platform' this poster from September 1976 shows Doomsday might never be a problem, but Kal-El is petrified of getting Hubba-Bubba on his bright red boots.

Other comic/manga themed posters in the range included the below Astro Boy; Humans are forgetful (February 1976) and Superman and Lois Lane; Don’t get your purse caught in the doors (March 1977). There's a lesson for us all there I think. 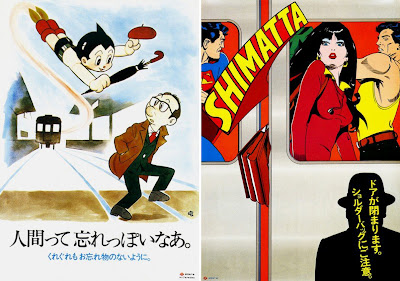 All these posters and the rest of the subway series are collected in the book Manner Poster 100, published in 1983.
Posted by IADW at 1:08 pm