MA WAS WRONG: It's All About Image

If you thought Bucky Barnes was comics resident come-back kid, think again. Image Comics has struck a new found stride in 'Experience Creativity' and the hits continued to rain at the first Image Expo, held last weekend in Oakland, California. 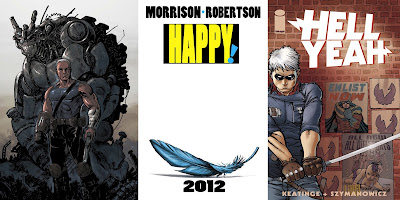 Personally, I have recently picked up Fatale, and subscribed to both Saga and The Manhattan Projects. Add to this, chomping at the bit for Frank Quitely's return in Jupiter's Children, and it even surprised me, the Image Expo had me looking at adding another three upcoming Image titles to that list.

That means for the first time since Wildstorm was an imprint at the company, Image will take up half of my pull-list. While you can find full details on all twelve teased titles over iFanboy, my three hit-picks-to-click and their two closest contenders from the inaugural Expo are;

IN: HAPPY! Who: Grant Morrison and Darick Robertson When: Christmas Why: Okay so iFanboy's interview with a secretive Morrison didn't reveal much - but who needs much?! Grant's an instant 'in' for this fan's wallet, and I've been a fan of Darick's since The New Warriors. It's a creative team-up come true, even without a plot! 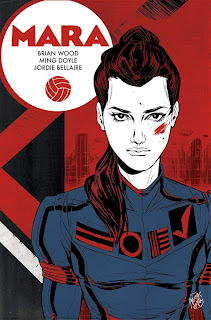 CLOSE: PLANETOID Who: Ken Garing How: Five issues When: June Why: The web-comic hit goes print! Silas, an ex-soldier turned space pirate becomes stranded on a mysterious planet. If Silas can survive cyborg militias and more, he just may find his freedom.

IN: MARA: Who: Jordie Bellaire, Ming Doyle, Brian Wood How: Six issues Why: Mara Prince is a pop celebrity at just 19. When she becomes the world's first super-power however, the icon becomes the subject of a former fanbase no longer certain she should count amongst them. Brian Wood is as sickeningly good at art as he is at concepts. This is going to be BIG! 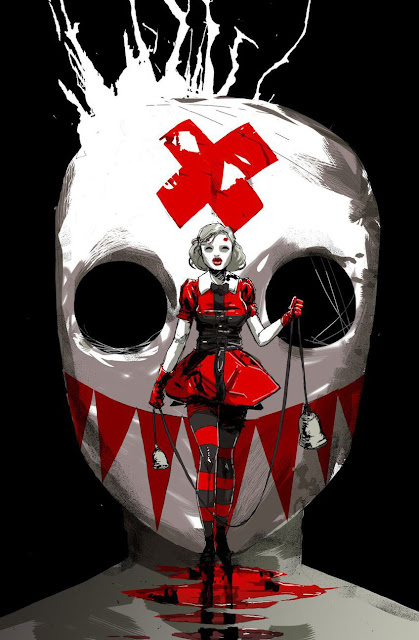 IN: BEDLAM Who: Riley Rossmo, Nick Spencer How: Ongoing When: October Why: Spencer, the writer of Morning Glories, brings you Philip Press. America's hardest mass murderer, in America's hardest city. Fast-forward a prison sentence, new identity and facelift later and Philip's unknowingly called in to help police deal with those of similar ilk. Full details and great HOT art, at CBR.

CLOSE: HELL YEAH! Who: Joe Keatinge, Andre Szymanowicz How: Ongoing When: March Why: Twenty years after the first super-humans changed the world overnight, a new culture has been born. Ben Day is about to meet a woman claiming he is the last him - the others, including her own beloved lie murdered across the multi-verse - and he will be next unless they figure out who's behind it.
Posted by IADW at 12:28 am