While twice a week, Making A Mark gives an insanely talented artist some IADW brag-space, today goes to honouring Jean "Moebius" Giraud. An icon of surrealisim and imagination beyond what print, film and media can handle, who having passed away, is now able to take his inspirational talents to a whole other audience. 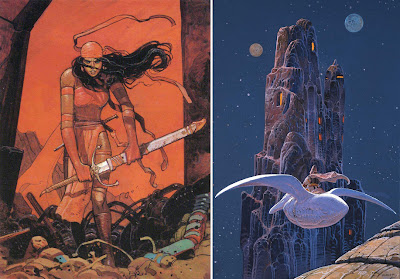 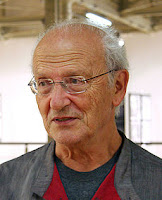 As his imagination outgrew, but always majored in print, he mixed his work on comics like The Airtight Garage, Arzak and the Silver Surfer alongside Stan Lee, with providing concept art and style for flims like The Fifth Element, Tron, The Abyss and Alien. 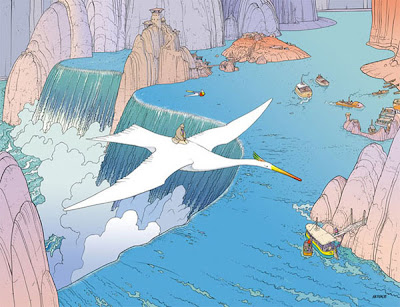 The first time I discovered Jean's art was in 1990, where Marvel had commissioned some guy named "Moebius" to create a series of posters. One featured Wolverine, sure, but the others starred the likes of Daredevil, Elektra and Iron Man (who wasn't as big back then) - it was like they'd hired a guy just to illustrate my top characters!

Best of all, the one he nailed better then any other in the series was my pick of Marvel's crop too - the ever-lovin' blue-eyed Thing! 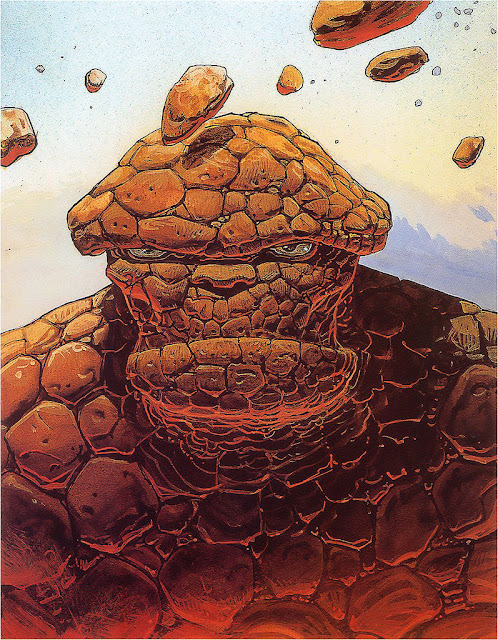 Not since Jack Kirby or John Byrne had The Thing been rendered so definitively - all while standing still. The texture / detail of his craggy physique, combined with the way he stands teary-eyed and steadfast while rocks rain down on (or are hurled at) him, summarised the heart of the whole character in a visual it's hard to break the gaze of.

What does Jean's passing mean to you?  Let me know in the comments section below. To see Jean's gallery exhibition transe-forme at the Fondation Cartier, Paris, click here, or to view the best examples of Giraud's legacy, visit theairtightgarage.tumblr.com after the jump.
Posted by IADW at 2:49 pm