Twice a week, Making A Mark gives an insanely talented artist some IADW brag-space. Today goes to Matteo Spirito, a digital artist all the way from Latina city, whose work packs as much of a punch as the clash of the titans it renders. His colours royal rumble, and the eyes of the audience are left black an blue. Click to enlarge time! 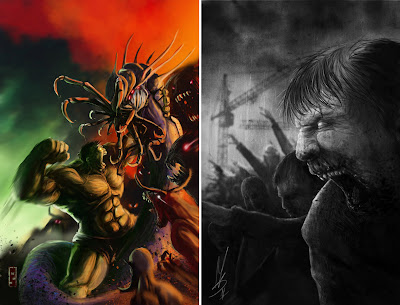 While the Hulk vs beasties image reminds me of those great pulp covers of old, the ay he's facing the zombies on the right and vica versa, makes me think how cool a Hulk vs Walking Dead crossover would be! Sure Matteo doesn't name the piece the Walking Dead, but that's how cool Image Comics' flesh-munching hit is, I now attribute any non-labelled sweet zombie pic to it's awesomeness! 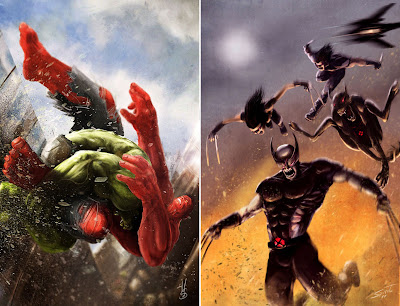 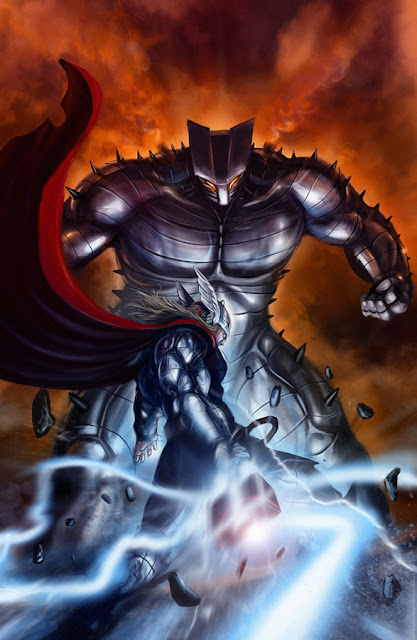 That folks is my current wallpaper. Thor vs The Destroyer, all set against a very Boris Vallejo sky - 'Nuff said!
What do you think?  Sound off below in the comments section or click here for more great Making A Markists. To see more of Matteo's marvels for yourself, click the jump.
Posted by IADW at 9:30 pm