WATCHMEN: Comic Picks For April 2012 And Readers Who Are Nobody's Fool

As if avoiding that one person in the office who still holds out to 'Pinch and a punch for the first of the month' isn't hard enough, in April pranksters come from unsuspecting corners looking to make you an 'April Fool'. Luckily in 2012, you'll be able to escape the craziness into one of these beauties, each one aligned with the cast of Watchmen.

THE COMEDIAN (Humour That'll Hurt Ya'): CONAN VS GROO #1 (Dark Horse): Remember the time Punisher met Archie? Well here comes the mythological version, as Robert E. Howard's Conan the Barbarian crosses swords with Sergio Aragones' Groo the Wanderer. It's the savage vs the stupid and woe be the fool caught in the middle!
RORSCHACH (The Indie Voice): Supreme #63 (Image) Rumour has it, Supreme is where Alan Moore got to write all those Superman stories he never could in Superman. Be that truth or April Fool trickery, the big guy is back, with Alan's final Supreme tale now serving as the perfect imagination expanding jump-on point for new readers! 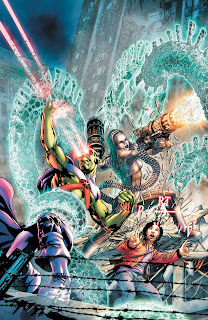 NITE OWL (The Dependable Goodie): STORMWATCH #8 (DC): This is the comic you should be reading, but probably aren't - it's brilliant. Sure it's hopped from Paul Cornell to Paul Jenkins, but what's in a last name? You can hardly tell. The story is as great as ever, the cast is diverse, and there's a huge super-strong shape-changing martian amoungst them. Now who better to spend April Fool's with then Martian Manhunter?
SILK SPECTRE (Stops traffic with looks alone): AVENGERS: THE COMING OF THE AVENGERS! #1 (Marvel) In time for that Avengers movie everyone's fooling for, comes the digitally-remastered comic that started it all. You know what that means? Remastered Jack Kirby art, on some of his best co-creations! What mere mortal can say no?
DR MANHATTAN (The Neon Blue Guy In The Room): Avengers vs X-Men #1 (Marvel): April Fool! Marvel's revealed it's actually Marvel Knights vs Marvel Cosmic (a lie I know, but actually, I think I'd be even more excited for that)! The return of The Phoenix; end of the earth or signal of a mutant baby-boom? Ends of the alphabet collide as the AvsX goodness officially starts here (P.S. The 'X' crowd don't have a hope). 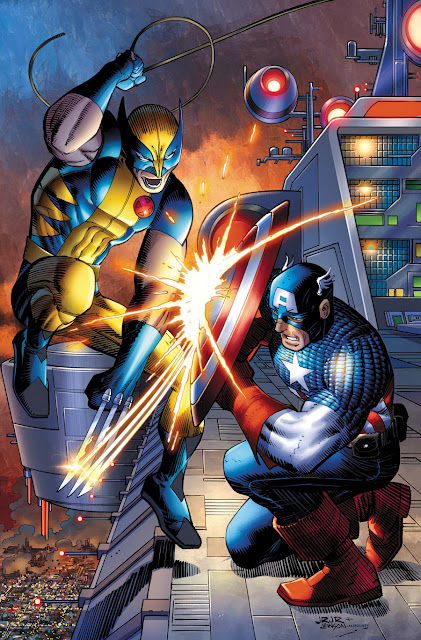 What do you think?  What great foolhardy comics are you looking forward to this April?
Posted by IADW at 1:50 am