Be An Iron Man 3 Extra, Hunger Games Over Mystique for Jennifer, Beyonce's Spider-Man And More, When It Comes To THE CRUNCH CRUNCH! Iron Man 3 starts filming in Wilmington shortly, under the working title Caged Heat. If you want to be part of the rumoured nanobot-based blockbuster, Caged Heat is calling for extras on its Facebook page, right after the jump.

CRUNCH! Ever wish you had a cannon for an arm, while stuck in rush hour traffic perhaps? Well, director Olan Rogers has added life to that fantasy and Mega Man X, by creating a calorie-bustingly cool fan film, all for $700. Check it and its 'making of' credits out right here;

CRUNCH! While Disney named April 4, 2014 as the sequel date for Captain America The First Avenger, Fox and Lionsgate Studios crafted a schedule for hit actress Jennifer Lawrence to allow her to still star in both of their top franchises. Her first reprise; Katniss in Lionsgate's The Hunger Games sequel, Catching Fire, filming this fall, followed by her reprise of Mystique in the sequel to Fox's X-Men: First Class, which starts filming in January.
CRUNCH! Centred celebrity Beyonce has let the world inside her personal life, with a series of fun-filled photos on her tumblr. Floating near the top of the stack, the octave smashing super-star dressed as Spider-Man - proving if you liked it, then you shoulda put a web on it! 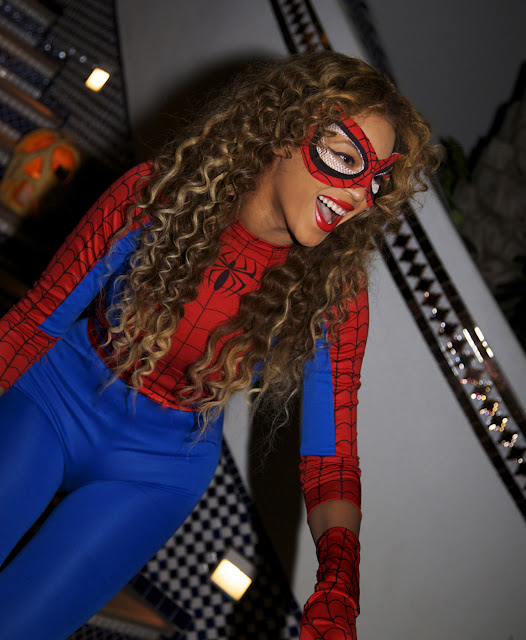 See her other global snaps and good times right after the jump.
Posted by IADW at 9:00 pm