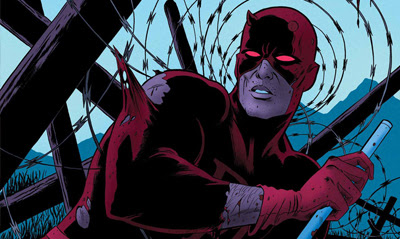 As a distraught Daredevil wonders into Latveria in July, so will you be overcome with how you can fit all Marvel has going on into your budget! Space Punisher and Captain Marvel are just two debuts in-between all the AvsX madness. These three covers tops among Marvel's July 2012 Solicitations; 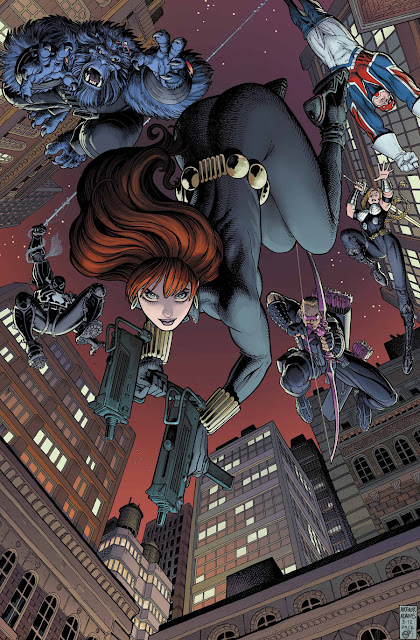 Black Widow may be flipping and kicking around a few books at the moment, but no where is she looking as good as with Arthur's restyled take on The Beast and Venom in Secret Avengers! Get a pro like Adams to draw a hell of a cover and a hell of a cover is what you get!

Marvel says: To prevent a death the Secret Avengers must risk starting a war! A secret romance heats up! A rivalry between two members threatens to jeopardize the mission! Will Hawkeye discover he has a spy on his team in time to prevent tragedy?! 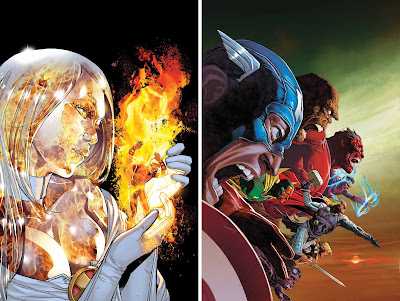 Avengers vs X-Men #7 (of 12) - SARA PICHELLI Sure she's setting Hawkeye alight, but he's getting his own series, he'll live. Focus on that amazing rendering of the White Queen's diamond skin. Hawkeye flame-grilled = bad. Emma Frost reflection = brilliant!
Avengers vs X-Men #8 (of 12) - JEROME OPEÑA Can anyone hear Cap yelling over the Thing and Red Hulk? A powerful team to be sure, even Dr Strange is getting in on the scream-fest - and you know it's bad when the good doctor is in a rage.
What do you think?  Sound off below. For more from other publishers in July 2012 as they become available click here, or to find out the rest of Marvel's July line-up, follow the jump!
Posted by IADW at 11:32 am