Face Of Foes In Avengers Revealed, Dark Knight Rises Surprise Leaks, DiDio's Top 10 And More, When It Comes To THE CRUNCH 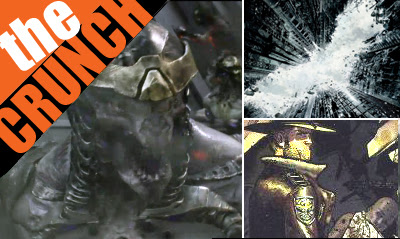 CRUNCH! Press notes for Wrath of The Titans let slip a surprise for the upcoming movie; The Dark Knight Rises. If you want to know what it is, click and drag over the following blank space to reveal all; "Neeson next appears in Peter Berg’s actioner Battleship, and he also will be seen in Christopher Nolan’s much-anticipated action thriller The Dark Knight Rises." Liam Neeson was Ra's Al Ghul in Batman Begins. (Via)

CRUNCH! Loki's forces in the soon to be released Avengers movie have been a source of rumour and guesswork for a while, however one of the latest TV spots has an up-close and personal glimpse at said soldiers... and they even look fairly symbiotic in the face. (Via)


CRUNCH! Proof Walking Dead #1 is the new currency of the economic crisis, on eBay a CGC 9.9 graded copy of the undead debut has just sold for $7000. That's twice what a copy of the same issue, in the same state sold for last year.

CRUNCH! Dan DiDio has released his Top 10 projects from his 10 years at DC comics. While it reads and feels less like a list of Dan's actual personal favourites, and rather the biggest landmarks for the company (minus All-Star Superman), the full DiDio DC Top Ten by covers are; 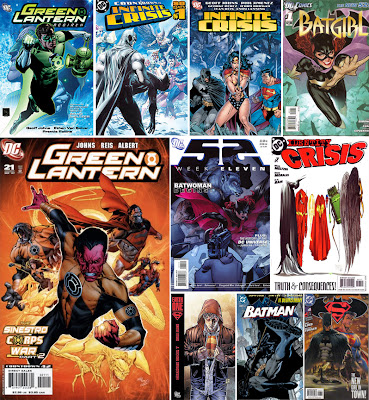 Read his reasons for each on Dan's Facebook page.
Posted by IADW at 1:50 pm