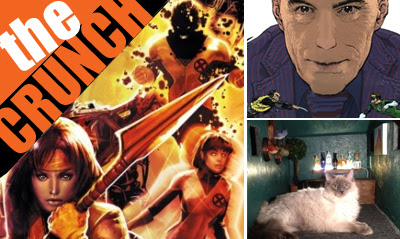 CRUNCH! See the kitty with the mini bar above? Well that's just the interior of this Star Wars based, home-made AT-AT cat fort. While in my opinion cats are evil manipulators and already part of the Sith, I can't deny how cool this massive thing is! (Via) 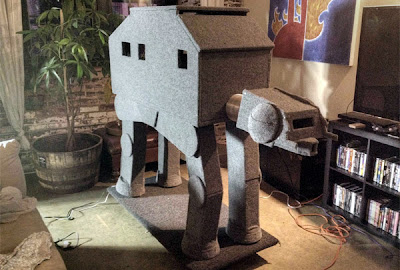 CRUNCH! A X-Men: First Class sequel, and now Fox have revealed other planned reboots for Daredevil and The Fantastic Four. Also teasing upcoming news of X-Men spin-off films, and the term 'New Mutants' floated, I really hope Cable and Gambit are in there too.

CRUNCH! Marvellous print-makers MONDO, have released the final parts of their Avengers line. If like me, you can't get the movie out of your head and need a little 24x36" action for your walls, you can grab prints like Kevin Tong's Iron Man (below), right after the jump. (Via) 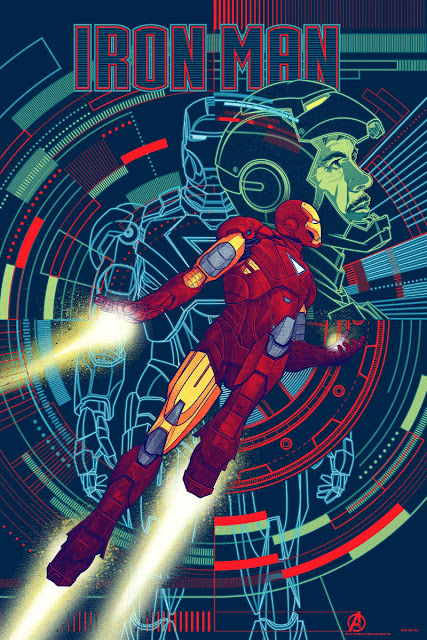 CRUNCH! Comics powerfulest pen-smith, writer Grant Morrison has his own multipage spread in Playboy magazine. Not the kind you'd think, but rather one where the scribe details the gayness of Batman and why Superman still fears a visit from the relatives. Surprisingly work safe, the feature is online right here. (And hey if the boss catches you, you're only reading the articles right?)
Posted by IADW at 7:02 pm