MAKING A MARK: Mike Mayhew - That Silver Age Feel, With A Touch Of Mystique

Twice a week, Making A Mark gives an insanely talented artist some IADW brag-space. Today goes to Mike Mayhew, a professional American illustrator who brings an iconic feel to everything he touches, be it a wholesome Jean Grey or the slightly more savage Vampirella. 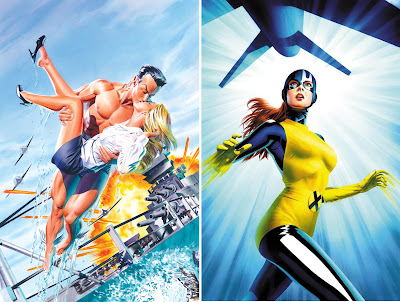 In a Steve Rude-ish way, Mike's bright, clean visuals strike at the core of the character. A fan of the original Kirby X-Men designs, even I find it hard to believe such tight colours have been done by watercolour!
Infact, the more I look at the Namor piece above, the more I realise a series that follows the Sub Mariner as he fights Nazis, yet turns on mankind for the oceans and even stands at Magneto's side as he used to, is one I want to read! 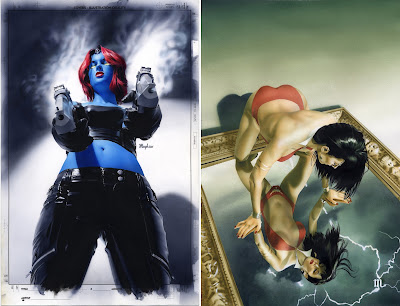 These two acrylic numbers I wanted to include not only for their awesome perspectives, but to show how a 'non-dark' artist can be so versatile, that he handles two of comics' darkest ladies with complete ease and originality! While they highlight Mike's favour of using models in his work, he admits he is starting to use Poser more and more. 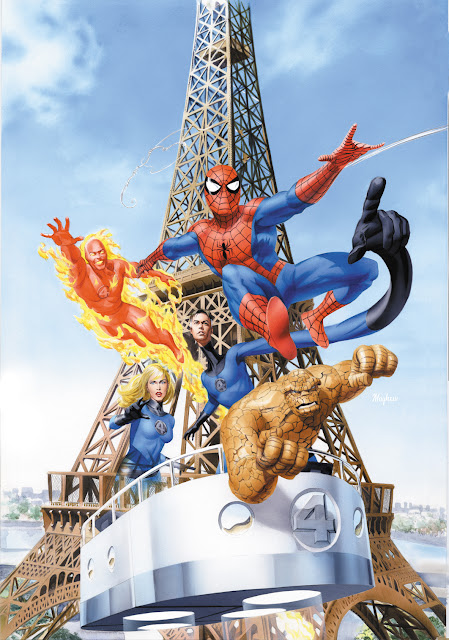 If that doesn't say 'retro Marvel' I don't know what does! A cover for France's Comic Box mag, you could swap out the Eiffel Tower for any country's central landmark and still have one hell of a poster piece.
What do you think?  Sound off below in the comments section or click here for more great Making A Markists. To see Mike's retro based wonders and a whole lot more, visit his website after the jump.
Posted by IADW at 8:00 pm