In the real world, few heroes wear capes. They can be a world away, walk past you and undoubtably be right inside you. This week Jadav Payeng from Assam, India, has proven the impossible possible by single-handedly growing an expansive 550-hectare forest, which now provides shelter for many endangered animals. 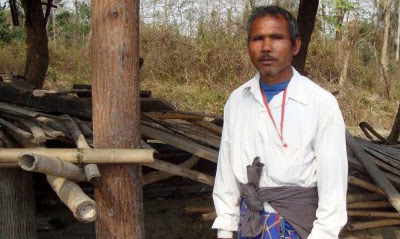 While other such habitats have a budget of millions and a crew of thousands, 47 year old Jadev has pulled off a miracle with no financial assistance, only the odd donated tree sampling to aid him. A one-man effort from the age of 16, he still lives in a small hut with his wife and three children, making a living from the milk of his cow and buffalo.
Situated on a sandbar in the middle of the Brahmaputra and isolated by road and river, Jadev's forest now dubbed 'Molai Kathoni' ('Molai's Woods' - named after Jadev's pet name, Molai) has grown from the motivated mans pleas as a teenager to get help for dying animals - pleas that fell on deaf ears.
Witnessing multitudes of snakes washed onto the sandbar in floods of 1979, Payeng recounts "The snakes died in the heat, without any tree cover. I sat down and wept over their lifeless forms. It was carnage. I alerted the forest department and asked them if they could grow trees there. They said nothing would grow there. Instead, they asked me to try growing bamboo. It was painful, but I did it. There was nobody to help me. Nobody was interested." 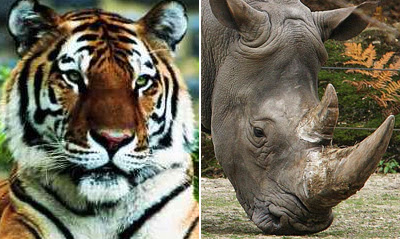 What Jadev did exactly was create a virtual Oasis, one which not only provides safety and shelter to countless varieties of birds and fauna, apes, deer and vultures, but endangered species as well. Transforming his feat into an immeasurable legacy, three one-horned rhinoceros are known to live within Molai's Woods, and like the visiting heards of elephants that use its shelter to give birth annually, one of its five known Royal Bengal tigers has just given birth to two baby cubs.
With legislative forces only now hoping to deem the area an official wildlife sanctuary, Jadev's efforts over the last 30 odd years have ranged from twice daily waterings, to being repeatedly stung transporting red ants from a nearby village, just so they could improve his bushland's soil properties.
Adding to the delay is the fact the government only became aware of Jadev's plight in 2008. Then, he risked his life against angry locals who wanted to cut down his forest to enact revenge against wild, marauding elephants. Jadev Payeng told them to kill him instead.
While Payeng says if his work is managed correctly by the state he'll just go off and start over again somewhere new, Assistant Conservator of Forest, Gunin Saikia told The Times of India "We're amazed at Payeng. He has been at it for 30 years. Had he been in any other country, he would have been made a hero." Damn right. (Via)
Posted by IADW at 1:00 pm