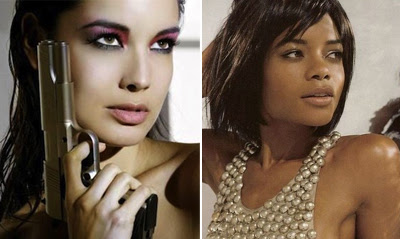 This week, the upcoming James Bond flick, Skyfall, did a concentrated push on promoting the latest ladies to take out that most prestigious of prestiges; the title of 'Bond Girl'. While Berenice Marlohe as Sévérine and Naomie Harris as Eve prepare to tango with Daniel Craig's 007, let's turn to the world of Black Canaries and Psylockes to discover the Top 6 Bond girls comics have to offer.

6) Death As 007, death literally walks beside you. Globe-tripping over to the universe of Vertigo, Death would get Bond to question his own mortality in her own Mary Poppins-punk-innocent way, and make the hereafter more attractive then ever to audiences across the globe. 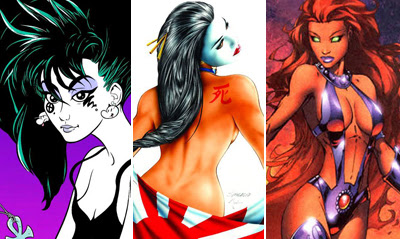 5) Shi Shadow Japanese clans and blood-pacts may be a little hard to mix into the world of espionage and action, but with her oriental flare and fighting abilities, Crusade's Ana Ishikawa will prove her stern exterior is more then a match for any Bond who gets in her way.

4) Starfire While she may not have a Bond-girl friendly name like Pussy Galore, few characters in comics suit the 'exotic and powerful' tag like DC's Koriand'r - an alien princess who lights up the skies in a metalic purple bathing suit. Just don't tell Nightwing! 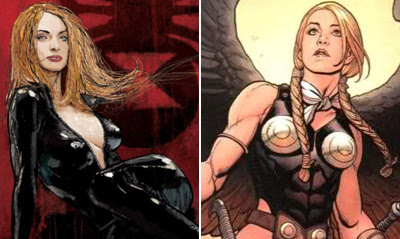 3) Black Widow Arguably Marvel's most powerful, strategic and flirtatious super-spy, Natasha Romanova would exploit Bond's weakness for femme fatales with an accent. From Russia with love, if any woman is going to beat the Bond at his own game, it is she.

2) Valkyrie Independent and in need of the aid of no man, Marvel's Valkyrie brings the beauty and Norse strength needed to wow and whack the forces of corruption to the masses. All on the backs of a flying horse to boot - beat that Aston Martin! 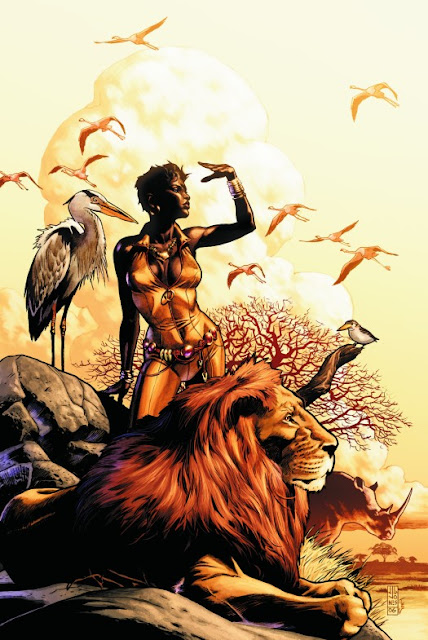 If her name alone didn't grant her a position on this list, the natural beauty of the DC's animal powered African siren gives her that down-to-earth, yet dangerous and deadly mix that all the Bond girls weild.

Having matched power and strategy against everyone from the Suicide Squad to the enemies of the JLA, no matter which way the wheel spins, with Vixen in the game, the house always wins.

What do you think?  Who are your comic based Bond girls?
Posted by IADW at 11:00 am