Your Face On A Joker Toy, Sin City's Dame-gerous Summer, Static Fans Make A Milestone And More, When It Comes To THE CRUNCH 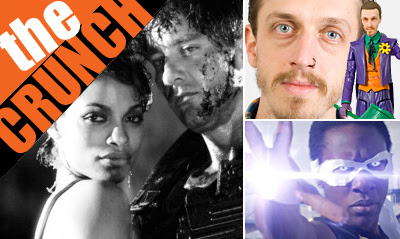 CRUNCH! Got £79.99 spare and a burning desire to be Batgirl? Personalised Superhero Action Figures have your answer, offering to turn your face into a miniature head and plonk it atop the action figure body of Joker, Batman, Superman, Wonder Woman or Barbra Gordon. While I wait for a Hulk option, you can do one or all five after the jump.
CRUNCH! In an awesome tribute to Milestone Comics mainstay, writer Dwayne McDuffie, writer/director/actor Stefan Dezil has released a 13 minute long fan film titled Static Shock: Blackout. With sweet special effects, Dezil's live action take on Dwayne and artist John Paul Leon's teen creation can be seen right here;
CRUNCH! The ultra-brilliant flick Sin City will get a long-awaited sequel, when Sin City: A Dame To Kill For starts filming this summer (US). Seemingly opting for a single adaptation rather than an interwoven adaptation of many tales like the first film, A Dame To Kill For could see many original cast members return. (Jump)
CRUNCH! The Tower Chronicles will be a new prestige four issue series from Legendary Comics / Legendary Pictures later this year. Starring a supernatural bounty hunter with his own redemption issues and an elite clientele, each 72 page instalment will be written by Matt Wagner with art by Simon Bisley. Jim Lee's cover for the debut issue is below; 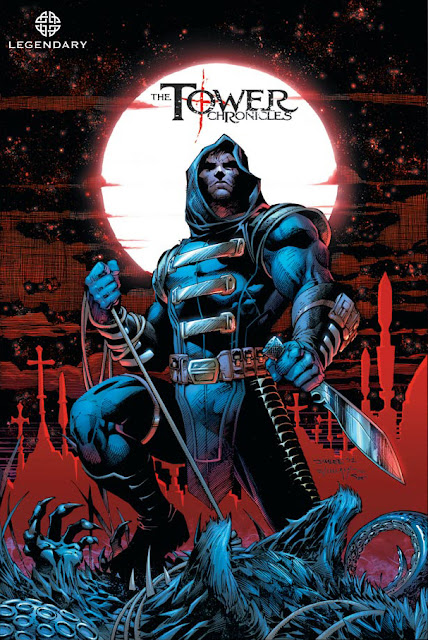