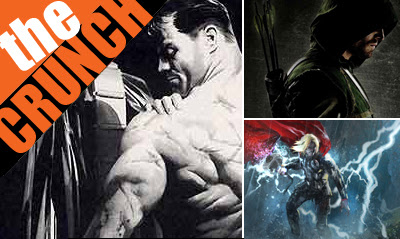 CRUNCH! While I think of Batman as more a Bat-copter type of dude, fans do love the old Bat-plane. Kevin Ryhal merges his fan-love with that for Lego and Star Wars, creating this pretty cool custom hybrid; 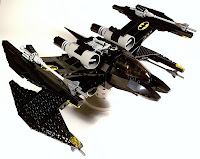 CRUNCH! Green Arrow, the upcoming TV series with Stephen Amell as Oliver Queen and Katie Cassidy as Dinah Lance, has been officially picked up by the CW. For some reason I just get a giddy-in-the-head feeling over this one. Hopefully other global networks (ie NZ and Australia soon follow suit).

CRUNCH! Any good Batman fan (and let's face it, who isn't one of those?), has a copy of Alex Ross and Paul Dini's Batman War on Crime painted one-shot. However only 'Adam M.' has the pivotal 'Bruce's scarred back and cowl' scene, amazingly inked into his skin like this; 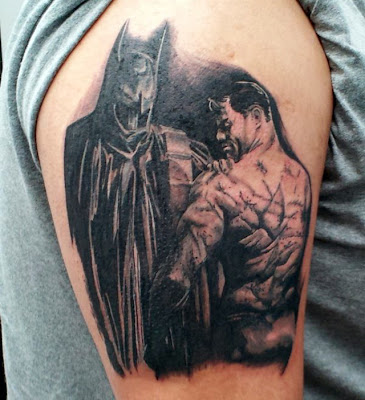 CRUNCH! If you've watched Avengers so often now the only option left is frame-by-frame, here's something you are going to dig. Concept art is surfacing (like here by Steve Jung and here by Nathan Schroeder), and only is it behind the scenes cool, it's just flat out awesome. 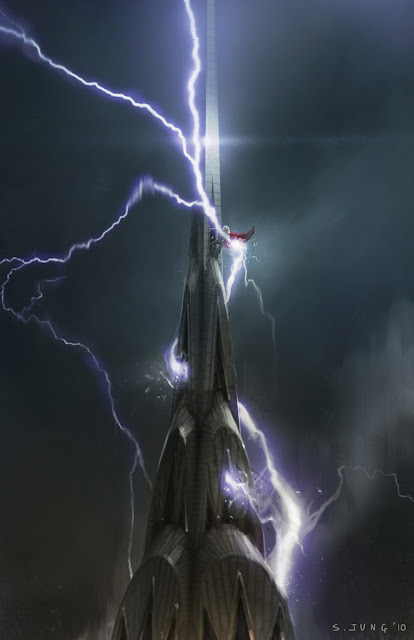