Chewie's Sponge-Bath, FREE Comic Book Day, Marvel At Australian Fashion Week And More, When It Comes To THE CRUNCH 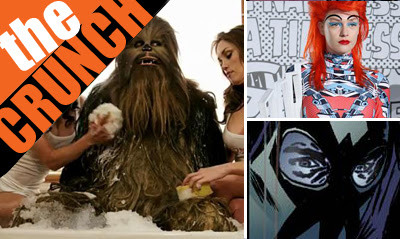 CRUNCH! Mark Waid's digital comic company Thrillbent, has launched with the first free issue of Insufferable. Joined by artist Peter Krause, sink your teeth into the spat between former partners Nocturnus and Galahad right after the jump.

CRUNCH! Escaped the phrase 'May The 4th Be With You'? You may just be the latest endangered species on the planet. One of the best Star Wars based offerings was this video parody, featuring Chewbacca getting a sponge-bath from two lightsaber wielding Jedi women, that erupts into a soapy, yet full-on battle;

CRUNCH! It is Free Comic Book Day, where you can get Free comics just for going to your local store! Hopefully you grabbed a few reads from outside the 'Big Two', yet saying that, still caught the teaser for Avengers: Age Of Ultron. I may be on Avengers overload, but piles of Ultrons vs piles of Avengers brings back Perez/Busiek run memories, and that gets me ready to go all over again.

CRUNCH! Over this side of the globe Australian Fashion Week has held a lot of the press, with designing duo Romance Was Born kicking things off with a Marvel Comic/Jack Kirby inspired collection for Spring/Summer 2013. Think your favourite lady can't look good in a set of Kirby Dots? Think again. 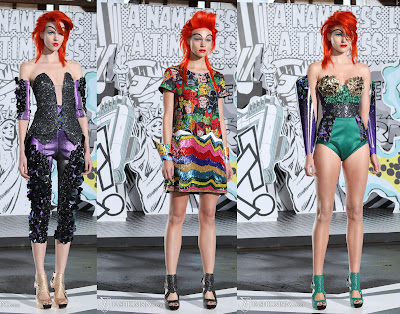