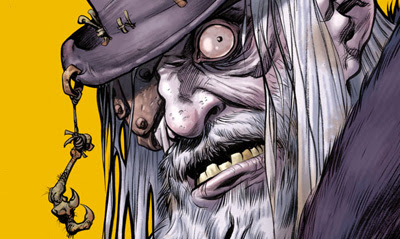 We're up to August already? I mean seriously? Still with more Goon, more Star Wars and more, well Dark Horse brand goodness, the Horse's monthly solicitations will make you glad the year is going fast - so August 2012 can get here even sooner! Of all those in the line, these three take top offers; 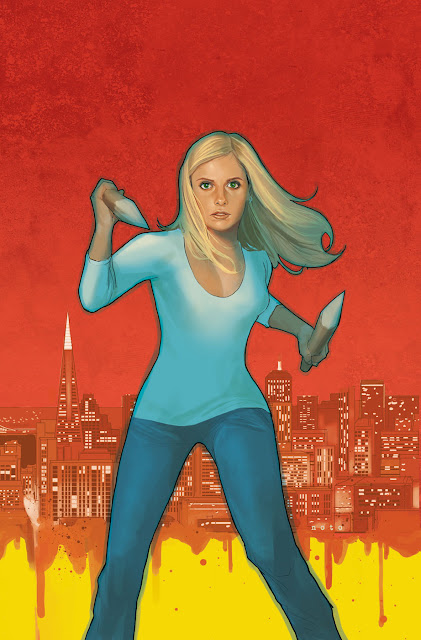 I think this might be Buffy's first appearance on IADW, but what a debut! Stripped down to a regular girl with a decent pair of steaks - this cover reminds you why you thought Buffy was cool all over again.

Dark Horse says: By working for Deepscan--the company that recruits Slayers as bodyguards--Buffy thought she would disengage herself from the world of demons and garner a more significant income, to boot. While the income may get her closer to paying off pesky student loans, the demony population is closer to her than ever, thanks to her first client.

Buffy, under the tutelage of a disgruntled and heartbroken Kennedy, has her work cut out for her and is forced to call on the honorable Eldre Koh for help, culminating in a little demon-on-demon violence.! 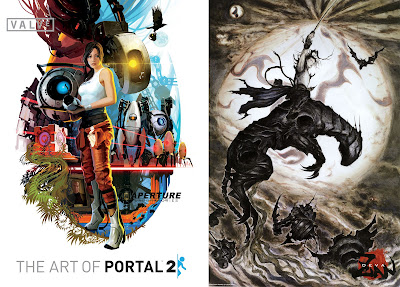 THE ART OF PORTAL 2 HC - Valve Colour, creativity and composition - this striking cover really does have it all!
Deva Zan HC - Yoshitaka Amano Now this guy with his windswept and lightly gothic art is becoming a bit of a regular. But when the art is as frame worthy as this, I doubt few can complain.

What do you think?  Sound off below. For more from other publishers in August 2012 as they become available click here, or to find out the rest of Dark Horse's August line-up, follow the jump!
Posted by IADW at 1:54 am