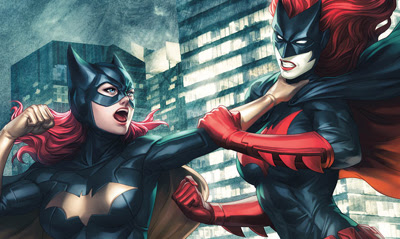 Is Gotham only big enough for one red-headed female in a bat-mask? August 2012 is where you find out. Not only does DC's August solicitations feature the clash of the bat-women, Phantom Lady gets an Amanda Connor drawn mini-series all of her own, and Flash finds the all-new Rouges united! Putting all that aside for just two secs, these three covers scream out loudest from the bunch; 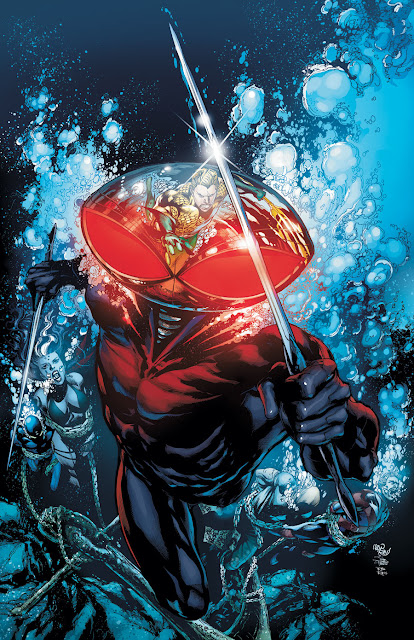 If Aquaman is no longer a joke thanks to writer Geoff Johns, Black Manta is way off the ha-ha list just on the power of Ivan Reis's pencils alone! The assassin is as big a force above water as he is beneath it, and this cover proves exactly that!

DC says: The conclusion to “The Others”! The traitor in the team is revealed! Who is Black Manta working for?! 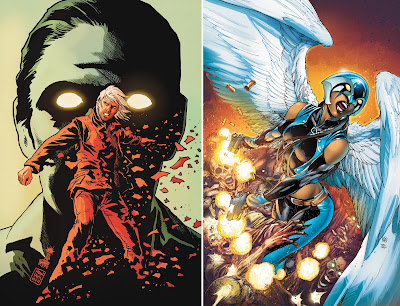 What do you think?  Sound off below. For more from other publishers in August 2012 as they become available click here, or to find out the rest of DC's August line-up, follow the jump!
Posted by IADW at 12:07 am