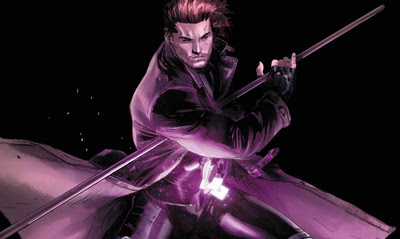 Marvel could publish just Gambit #1 in August and I'd still declare them 'Publisher of the month'. Luckily for the House of Ideas and bad for bankruptcy firms the globe over, I'm one of those fans Marvel doesn't listen to and hence have filled their August 2012 solicitations with plenty of AvX and even Deadpool Kills The Marvel Universe. Of all the covers surrounding Gambit #1, these three come up aces.


COVER OF THE MONTH: JIM CHEUNG - AVENGERS vs X-MEN #9 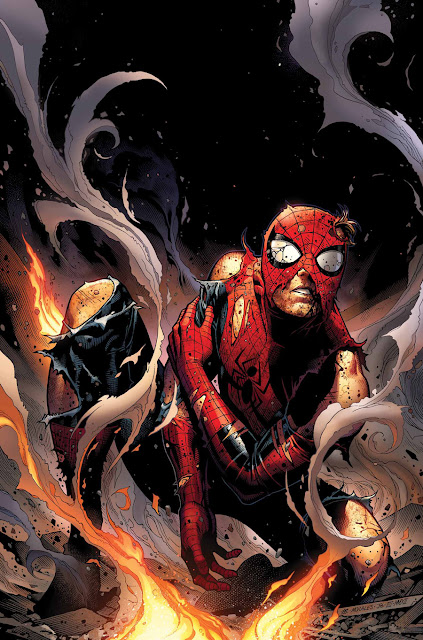 Now this feels like classic Spidey! Torn, scrawny, bleeding, hardly able to stand and yet refusing to do anything else. After AvX is done, Marvel could do a lot worse then having Cheung take over a Spider-monthly.

Marvel says: Their numbers dwindling, the Avengers stage a daring raid on the X-Men’s prison to rescue their captive members—and you won’t believe where it is! Alliances begin to change as the nature of the Phoenix becomes apparent! And in the end, it all comes down to Spider-Man! 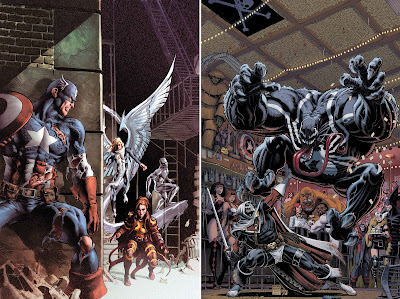 Avengers #29 - Mike Deodato Sure Cap's hiding from a telepath, but that's not as crazy as only sending three X-Men to take him out. Party ice for 100 and feathered pillows are just moments away.

Secret Avengers #30 - Art Adams Venom vs Taskmaster is a dream match-up, let alone set in a bar of third rate and under rouges or without Adams' take on the contrast in size of the two!

What do you think?  Sound off below. For more from other publishers in August 2012 as they become available click here, or to find out the rest of Marvel's August line-up, follow the jump!
Posted by IADW at 1:15 am