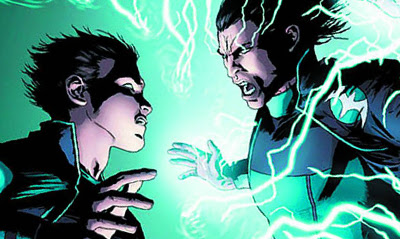 Valiant by name, valiant by nature, and in August 2012 the comeback kid of 2012 publishes a whole suite of sensational sensations to tempt you their way. With covers as good as these, they make perfect reading material additions to any man-cave or female equivalent! 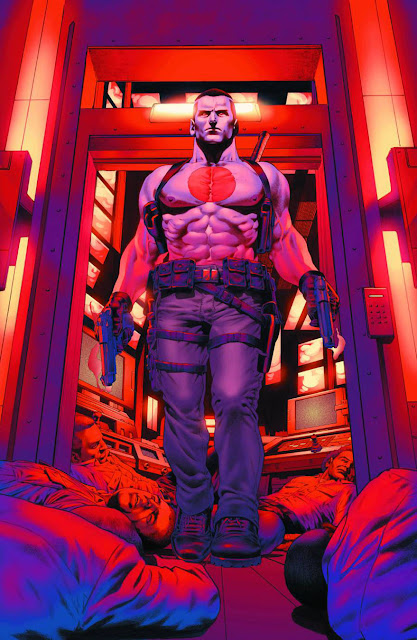 Some people pass out from small rooms of bright colours. Bloodshot's red eyes however, eat weakness for breakfast. Just look at him go!

Valiant says: Waking up inside a body bag is no way to start the day. But that's where you are, and worse yet, you're 35,000 feet above the desert, guarded by the some of the toughest soldiers on the planet.

You're being flown back to the people who created you, who may have even betrayed you. You're having a hard time separating your false memories (of family, duty, country) from the grim reality (of bullets, blood, screaming). Who's really on your side? Why were you created? Where does the real you end and the programming begin?

There's only one way to find out -- by reaching up and zipping open this bag. And God have mercy on anyone who comes face-to-face with the weapon - no, the man - no, the soldier - known only as Bloodshot. 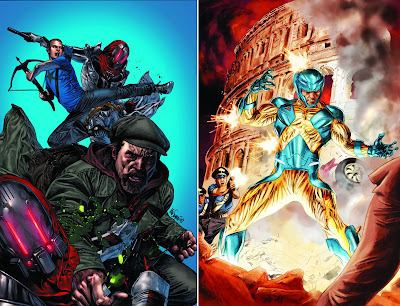 Archer & Armstrong #1 - MICO SUAYAN The last of the initial four titles lands and based on this cover, it truly will be where the generations collide!
X-O Manowar #4 - DOUG BRAITHWAITE He's a barbarian gladiator in an alien suit of armour. So if the police are going to open fire on him, you would set it in front of Rome's Coliseum wouldn't you?

What do you think?  Sound off below. For more from other publishers in August 2012 as they become available click here, or for more details on these Valiant titles click the jump!
Posted by IADW at 12:03 am