MAKING A MARK: Mike Mahle's Vector Art That's A Blast From The Past

Twice a week, Making A Mark gives an insanely talented artist some IADW brag-space. Today goes to Mike Mahle, an American illustrator who proves that mixing some of pop's fighting finest with a dash of vector art retro poster design can never be a bad thing. 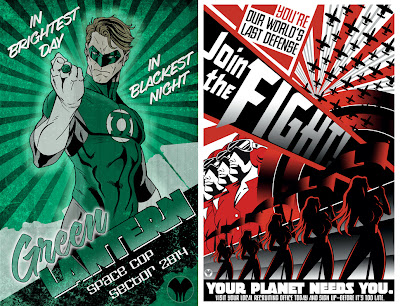 Aside from Captain America (Mike does him too, don't worry), no hero suits a wartime poster more than cosmic cop Green Lantern. Imagine these beauties pinned to asteriods in major galactic intersections! As for the poster on the right, sure it's got no direct comic attachment, but it's such a sweet treat, I think even Beast Boy would use it to rally the troops if he needed too! 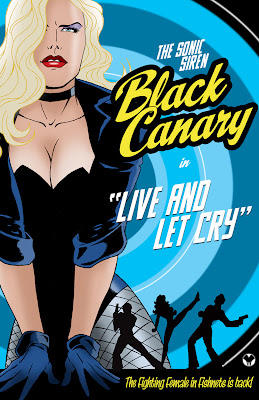 Sure she's recently had a mop-chop and change of duds, but Ms. Marvel's iconic battle-gear is going to be hard to replace - Mike even has a statue of her in his studio! On the otherside of the 'Big 2' divide, Mahle pays tribute to James Bond with this Black Canary number. Another classic butt-kicking blonde!

To think these works are all done in vector, and how much of a Frustrator programs like Illustrator can be, makes them all that much more spectacular.

Plus what would a modern comic art gallery be without these guys; 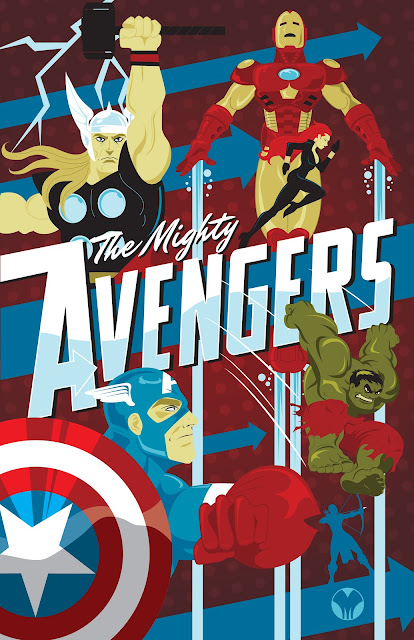 What do you think?  Does Mike's work inspire you to assemble your own artistic Avengers? Sound off below in the comments section or click here for more great Making A Markists. To see Mark's retro based wonders and a whole lot more, visit his website after the jump.
Posted by IADW at 2:01 am