REAL LIFE HEROES: Turia Pitt And The Ability To Create And Win Your Own Race 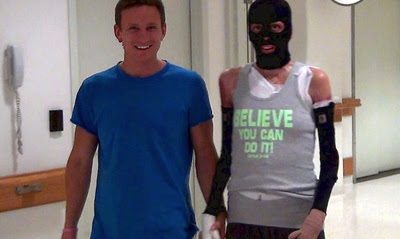 When Turia Pitt entered her latest running marathon, the fit, positive and successful young lady could never have imagined the event would continue long after the race's tragic conclusion. Running the Kimberley Ultramarathon, Turia thought she was nearing the highway with the roar of the trucks passing, when actually she was running towards one of the biggest dessert fires in North Western Australia for some time.

By the time she realised it was the roar of the flames she was hearing, it was too late. Her and fellow competitor Kate Sanderson ran for their lives uphill. But fire spreads faster on higher ground and the flames soon completely engulfed the terrified sportswomen.

With horrific burns and in some parts, described by specialists as "cooked to the bone", Turia underwent extensive surgeries that required skin flown in from the States. 64 percent of her body suffered burns, she lost four fingers and one thumb, yet despite it all, the fire never burned her determination or inability to give up. 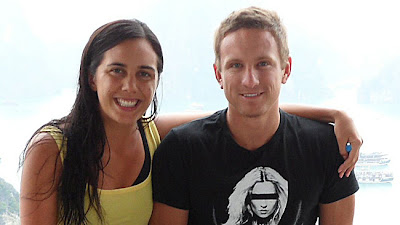 Backed by her partner Michael Hoskin and her mother, who both have consistently been at her side, Turia has thrown herself into her rehabilitation with an attitude that belies the competitive sportswoman inside. Dressed in a black compression suit, just nine months on from the natural disaster, Turia has taken her first crack at running again. Not competitively or over great distances as yet, that time is coming, but still an incredible feat of inspiration and determination from a woman focussed on moving forward.

As her partner Michael told Australian 60 Minutes, "This is my job now. I thought about it and I thought if she can walk in agony, you know, and do all the physio they are asking of her, I can be there in the morning and give her breakfast and be there all the time."

Not giving into the negativity over the actions of the event organisers in their 'rescue efforts' or for not cancelling the event despite the conditions, Turia rejects sympathy for what the moment of literal hell has currently done to her appearance "I don't care so much about my appearance. I just want to be functioning again. I just want to be able to touch my face and those types of things. My looks will come back."
Posted by IADW at 6:00 pm