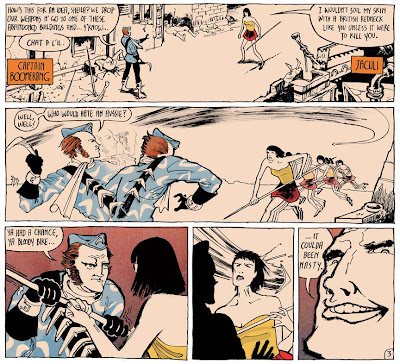 These days it's a hit move by a publisher to chuck half a dozen 32-string characters into the chamber and fire a book of them at modern audiences. When John Ostrander, Kim Yale and Luke McDonnell did it back in the 80's, it was damn near unheard of. What's more the trio's efforts didn't just put the cast in the gun, it put them in the firing line. Shot up, killed off, spat out - Suicide Squad was the reason to read comics - and everyone who did, fell hard in the line of duty. 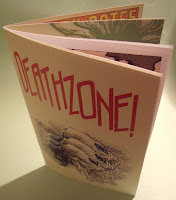 A fan of the Squad since he was nine (his site even flicks up fan-art by those same 9-year old hands), Fiffe's latest creation pits "DC's version of The Dirty Dozen" up against arch-nemeses, the Jihad, and is free with every $5 print ordered. Need some more preview art? Feast your eyes on this; Ready for more - visit Fiffe's website after the jump! (Via)
Posted by IADW at 8:00 pm