WATCHMEN: The Comic Picks For June 2012

June, that means we're almost half way through the year! How can I start thinking about this Christmas, when I still haven't re-gifted all my unwanted gifts from the last one? Just kidding! I love them all. Just like carollers on the doorstep late at night. Still, focussing on the now, here are the five best comics of June 2012, from across the board. 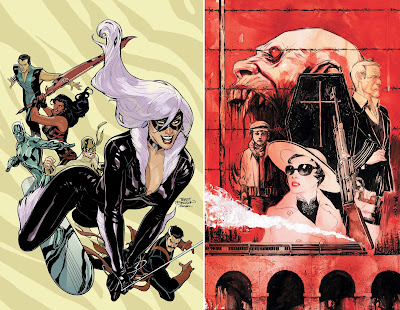 SILK SPECTRE (Stops traffic with looks alone): DEFENDERS #7 Mantra, Wonder Woman - Terry Dodson has a knack for drawing the ladies. Now Black Cat drops into Defenders for an issh, and if you read Spider-Man/Black Cat: The Evil That Men Do, you know Terry with Felicia Hardy is not something you can't afford to miss!

NITE OWL (The Dependable Goodie): AMERICAN VAMPIRE: LORD OF NIGHTMARES #1 (of 5) Leave it to Vertigo to produce the best mainstream horror comic, outside Walking Dead. Now mature new blood and existing fans can scream along to this mini series, set in postwar Europe, and in the shadow of the most powerful vampire of all. 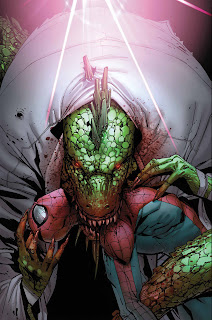 DR MANHATTAN (The Neon Blue Guy In The Room): AMAZING SPIDER-MAN #688 Those Marvel-folk are a sly lot. Spidey swings his into theatres in July, but in June, the House of Ideas has him going toe-to-tail with his fellow Hollywood bound adversary, the Lizard and they throw in Morbius the Living Vampire - trying to cure Curt Connors - to seal the deal. See? Sly.

RORSCHACH (The Indie Voice): LIBERTY MEADOWS SUNDAY COLLECTION BOOK 1 HC Geez, I bet that's the only time Rorschach and Liberty Meadows will be in the same sentence! 160 pages of the first three years of Frank Cho's famous strip (and new extras) - finally re-mastered and collected.

THE COMEDIAN (My Rank Outsider): DARK HORSE PRESENTS #13 Back when Dark Horse tried it's own super-hero line in the 90's, not every step was golden (Rebel, I'm looking at you). Ghost however was genius in a bottle and now the publisher finally gets around to reviving the gun-slinging apparition in white, drawn by Phil Noto! No ads! 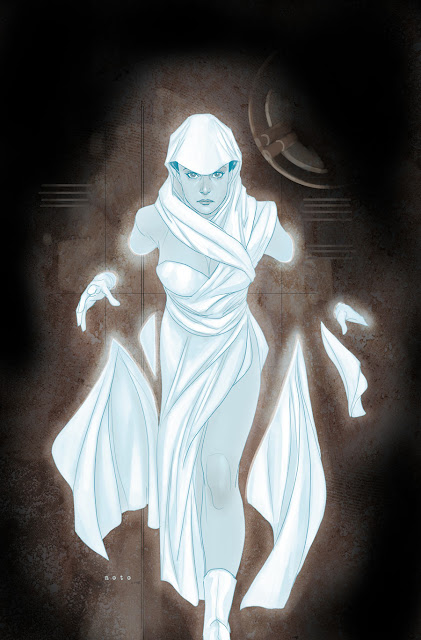 What do you think?  What comics are you looking forward to this June?
Posted by IADW at 1:00 pm