'Avengers' Screened In Space, Spidey Fights Cancer, DC's 'Injustice', And More, When It Comes To THE CRUNCH 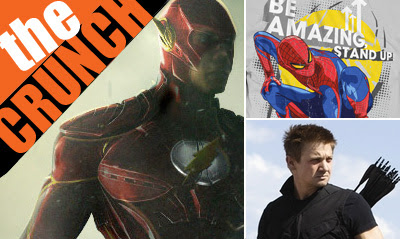 CRUNCH! Proving the only thing worse then tugging on Superman's cape is denting Wonder Woman's tiara, DC, Warner Bros. and NetherRealm have released a trailer for new (and 52 costume in-tune) fighter Injustice: Gods Among Us. Scripted by comic writing duo Jimmy Palmiotti and Justin Gray, you can watch Superman smash Flash out of this world in the teaser trailer below;

CRUNCH! No matter how many ways you've seen Marvel Studios' Avengers movie, you haven't seen it from 220 miles above Earth. Not so the crew of the International Space Station, who will soon view the blockbuster via uplink, thanks to Marvel and NASA. Just watch that popcorn in weightless environments guys! 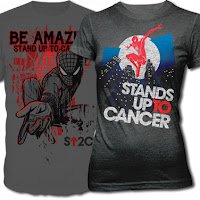 CRUNCH! Stand Up To Cancer (SU2C) and The Amazing Spider-Man movie are spinning out co-branded t-shirts, in the memory of producer of the upcoming blockbuster and SU2C founder Laura Ziskin. Check out the SU2C fund-raising range right after the jump.

CRUNCH! Finally, in all countries of the Commonwealth, it's time to acknowledge the remarkable run of Queen Elizabeth II and her 60 years on the throne. Oddly enough IGN has Frank Quitely's variant cover to The Walking Dead #100, and the Scottish artist's zombiefied take on her royal highness (or at least one of her best impersonators)! See it in full after the jump.