COSMIC COOL: Variety Reveals Guardians Of The Galaxy Getting Underway At Disney

Marvel Studios' 'Phase Two' movie slate currently stands with 2013's Iron Man 3 and Thor 2, followed by Captain America 2 and an untitled flick in the first half of 2014. While it was expected Black Panther would snatch that 'untitled' spot, Variety reports Disney is moving faster on Guardians of the Galaxy, having recently forked out to secure the trademark rights to the picture and the likeness of it's 31st century meets modern day cast for a range of related consumer products. 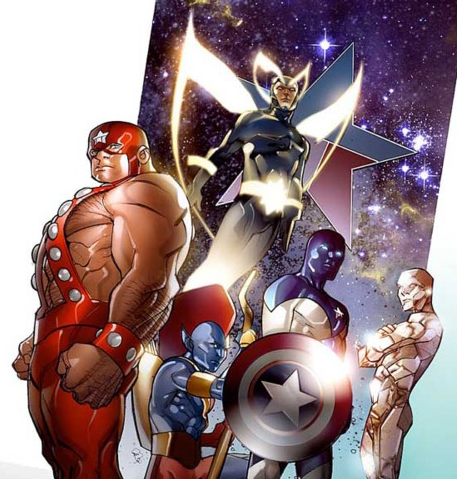 Look for any official skinny to come from Marvel's Comic-Con Iron Man 3 show in two weeks. While I always thought DC's 31st century Legion of Super-Heroes would beat Marvel's Guardians to the big screen, my mind is a-buzz over the possible characters involved.

Will Marvel go 'all-star' like Annihilators or with the 90's crew pictured above? How cool would Starhawk in 3D be?!  What do you think? 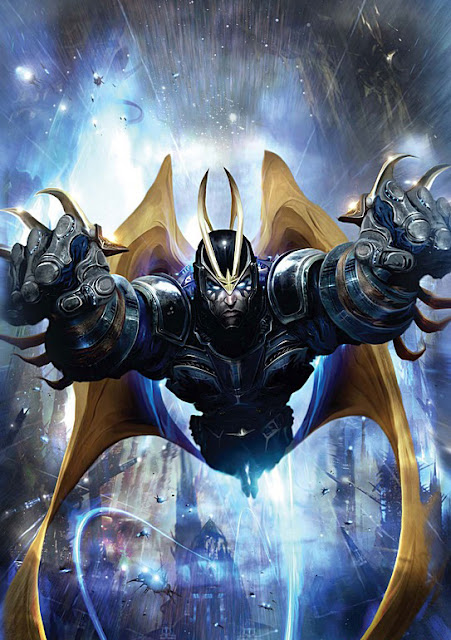