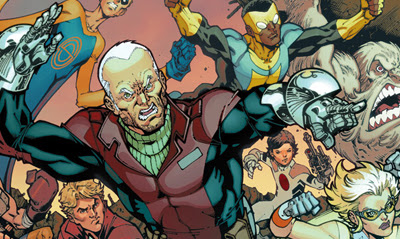 Artist Todd Nauck is like the Energizer Bunny. While other stars burn then blow out, he continually keeps pace. As part of Image Comics September 2012 solicitations, he lands a new gig on Guarding The Globe #1 (above)! From the others in Image's September comic range, here are the three best covers; 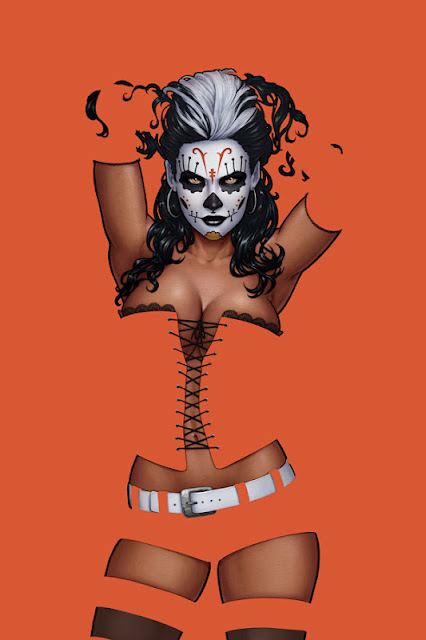 Positive and negative space play, large doses of orange (which I kind of have a thing for), voodoo, and a girl who looks like she could snap your back in both good and bad ways. Yip, something tells me this little girl is headed for big things at Top Cow.

Image says: Private detective Sara Pezzini's recent exploits have had an unintended, but not all together negative side effect – she's now actually getting paid to investigate paid supernatural cases! However she may make an enemy of another one of Chicago's supernatural agents in the process. Meanwhile, all around her forces move in a much larger, sinister symphony... 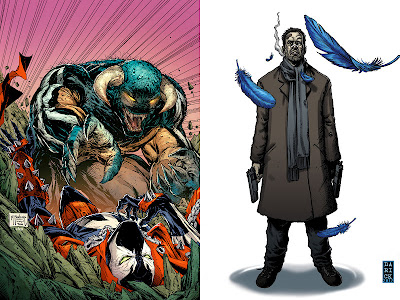 Todd McFarlane - Spawn #223 Who does the best McFarlane tribute covers? Why Todd himself! Look at this beasty homage to The Amazing Spider-Man #316, the cover that helped introduce Spidey to Venom!
Darick Robertson - Happy! #1 (of 4) I love how writer Grant Morrison teases his creator owned books, often with an image that only creates more questions. Why is the smoke coming from behind ex-cop turned hit-man Nick Sax, and if Happy is a blue horse, what's with all the feathers Darick?

What do you think?  Sound off below. For more from other publishers in September 2012 as they become available click here, or to find out the rest of Image's September line-up, follow the jump!
Posted by IADW at 1:00 pm