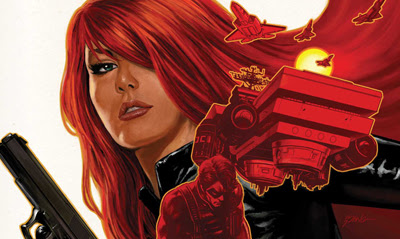 If any spider is the face of Marvel right now, it's the Black Widow, and it's about time. She's been one of the coolest ladies in the Marvel U for decades, so fingers crossed the teased ReEvolution of Marvel post AvsX finally gifts Natasha with an ongoing series that lasts.

Before Amazing Spider-Man hits theatres and that other web-head spins his attention grabbing comeback, lets checkout the best covers from Marvel's September 2012 solicitations. 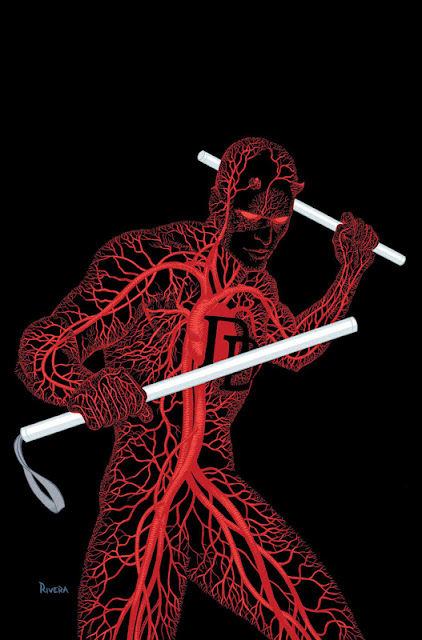 If there's one thing Paolo Rivera has majored in since his time on Daredevil, it's simple but blow-the-roof-off-your-eyeballs, brilliant covers. This x-ray scan of the 'man without fear' is just the latest.

Marvel says: The biggest Daredevil story yet begins here! The debut of a new menace in New York – the killer called Coyote! And just how sane IS Matt Murdock? 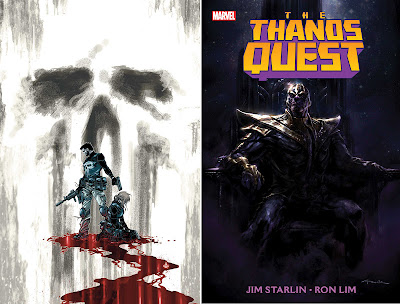 Marco Checchetto - The Punisher #16 Every time Frank stands in front of a skull it's iconic. Add the suggested death of the woman so recently seemed to be his salvation and it's a killer in itself.
Andy Park - The Thanos Quest #1 Thanos maybe mad, but in the years ahead he's going to be a pretty sought after dude. Marvel, who know a few telepaths, predict this trend, collecting the Quest under Andy's smoin' hot cover.

What do you think?  Sound off below. For more from other publishers in September 2012 as they become available click here, or to find out the rest of Marvel's September line-up, follow the jump!
Posted by IADW at 1:34 am