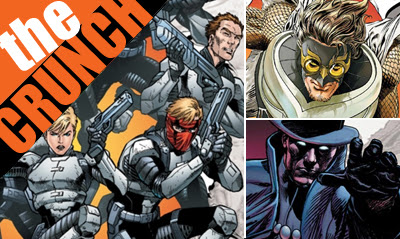 The CRUNCH! is back. In September, DC's titles will feature an early days focussed zero issue to mark the first birthday of the DC52. To match, four new titles will take flight beside them.

Not only does this perfectly explain how The Wall got to run Suicide Squad, just think of the team-ups inside; Dinah and Cole, Slade and Amanda - I need this book! More...

CRUNCH! PHANTOM STRANGER Ol' P.H. must be a fav for DC Co-Publisher Dan DiDio, he even got his own Blackest Night rebirth one-shot. Here, Dan jumps on as writer, for the hero who may just reveal what Pandora has been doing all along. Artist: Brent Anderson. More... 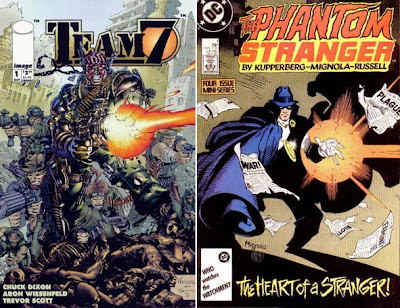 CRUNCH! TALON Talon gets the chance to spread his wings, fresh from his debut in the recent Bat-crossover Night of The Owls. Co-written by Scott Snyder and James Tynion IV, with art by Guillem March, it's just good to see DC (heck any publisher) putting out new concept based series' again! More...

CRUNCH! SWORD OF SORCERY This has my attention. Sword and Sorcery is fairly AWOL from modern comics and that's something creator of Jem and the Holograms, Christy Marx and artist Aaron Lopresti will fix with the return of Amethyst (a girl and her mother on the run from forces trying to prevent her royal legacy), here.

While Aaron's mythological abilities are still etched into my mind from his Wonder Woman days, what adds to the coolness of this 80's revival is that fact it will also be a combo comic. A back up post apocalyptic Beowulf adventure is included, written by Tony Bedard and art by Jesus Saiz. How can you say no? More... 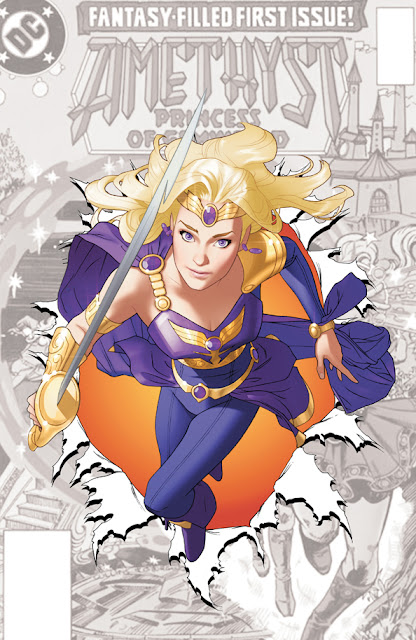