FORGET AVENGERS VS X-MEN - What If It Was Marvel Cosmic vs Marvel Knights?

Avengers vs X-Men. I’ts a comic book staple and why wouldn’t it be? I mean who doesn’t want to see Vision short circuit Psylocke or Archangel out manoeuvre Iron Man? But what if it had gone one step left of mainstream? What if the Phoenix’s return had lead to a clash of the streets vs the stars. Marvel Knights vs Marvel Cosmic!

The longer you soak in the idea, the more you realise it’s a slugfest you need to see. That said here are six match-ups, leaving out key players in AVX, that bring the concept home to roost. 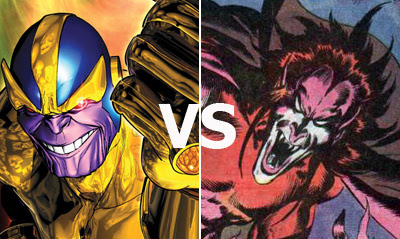 Thanos, the man who seeks only to court the heart of Death, comes face to face with Mephisto - Marvel's incarnation of the Devil, and a man who has truly made death his slave.

Both unbridled with power and hoping to bring Death to the universe through The Phoenix, this battle falls to brains not brawn. For Thanos's jealousy and rage at Death's refusal of his efforts can cloud his mind, but Mephisto has made puppets out of those selling their soul for love before - and before this match is through, may do so again. 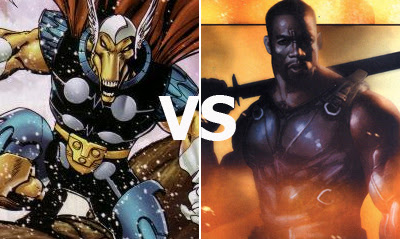 The Daywalker has no trouble pulling swords on anything slightly vampirish, so The Phoenix force, looking to suck the life out of another host just makes the enitity another target on his hit list.

As he tracks a vampire cult treating the cosmic fore-coming as a deity, he comes face to face with Beta Ray Bill. The cosmic powerhouse out to capture the Phoenix and make it stand trial for crimes wrought on many worlds, including the Korbinite homeworld, which left the planet ripe for destruction at the hands of Surtur. Who will have their way? 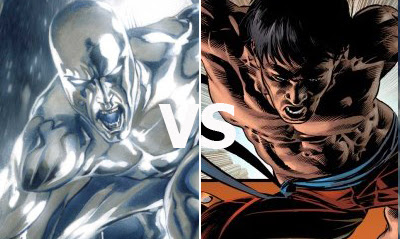 In all the universe no being has brought death on such scale to so many worlds, like the Phoenix, than the Silver Surfer. Believing it's chances at redemption reflect his own, Norrin Radd sets out to ensure the best hopes for it's future.

Shang Chi however is not someone riddled with guilt or indecision as to his own path. Humanitarian at heart, he pits his unmatched Kung Fu skills in close quarters against the Surfer's power cosmic, to ensure both alien forces realise the error of thinking earth bodes their potential for destruction welcome for long. 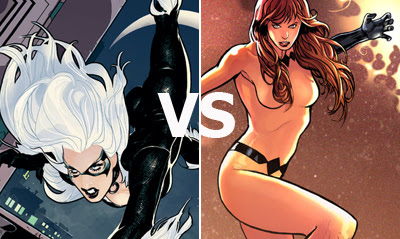 With the Fantastic Four caught with allies on all sides, former team-mate and Inhuman Crystal, sets out to chose a host for the Phoenix. Convinced if Atilan can provide sanctuary for the destructive power of Black Bolt, it too can offer the Phoenix the same peace of mind.

Street-smart Felicia Hardy however is not so naive, and after hearing of the elemental's plan, is sent by Misty Knight to thwart her efforts and steal her cosmic prize out from underneath her.

What do you think?  Rocket Racoon vs Werewolf By Night, Cloak and Dagger vs The Starjammers, the whole idea of Marvel Knights vs Marvel Cosmic gets cooler the more it expands! What match-ups would you like to see?
Posted by IADW at 12:30 pm