COMIC OF THE MONTH: WONDER WOMAN #9
"You're happy? That gives me pause..." "Well then, that gives you something in common with your bride, though hers are clawed." 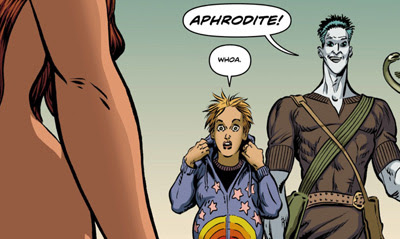 If any title has best succeeded on the notion of DC's reinvigorated and relaunched universe it is Wonder Woman. Written by Brian Azzarello, who has previously found shelter on more pulpier projects like Batman and 100 Bullets, this run on the avenging amazon is soaked in all the twisted character interactions, relations and plot twists you would expect from a franchise rooted in Greek mythology. 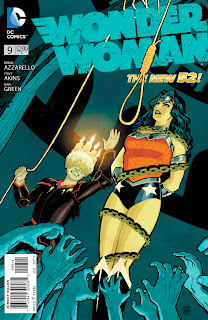 While the Wonder Woman in the pages of Justice League remains a cringe-worthy, sword-happy airhead, Brian shows the world the potential of DC's leading lady, creating a tale worthy of Justice League's sales in the process.

In issue #9 the focus shifts to the allies Diana has assembled as she tries to keep the mortal Zola, pregnant with Zeus' own child, safe from his infuriated wife Hera. To free Zola from the clutches of Hades, Diana ended up in her place and now must marry the Lord of the underworld herself.

With Strife first to attend the service in a city built from the souls of the damned, it's the character beats Brian wedges in that keep the book so addictive. From Zola's reaction to the naked and buxom Aphrodite's arrival, through to Diana's compassion for the sorrows inflicted upon her enemy's former wife, Persephone, each reminds you what a rich cast this book has.

As Hades reveals the ultimate way to see if his bride's love is a ruse (hint: see the cover), Brian proves while Diana is always human at heart, this book alone is truly worthy of worship. 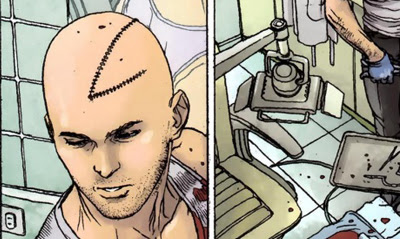 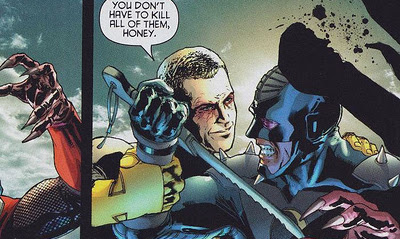 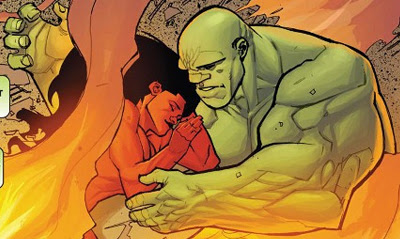 Best Pencil-Pusher: Jefte Palo - The Incredible Hulk #7.1 When Marvel chose Jefte Palo to illustrate this bridge of story-arcs, they couldn't have dreamt he'd cream the title's former 'heavy-hitter' artists the way he has here. From the Hulk riding a triceratops, to soaking in a lava bath, to riding Red She Hulk (if you get my drift), Palo's distinct style has me hoping Marvel is locking this guy in long term.
Posted by IADW at 1:00 pm